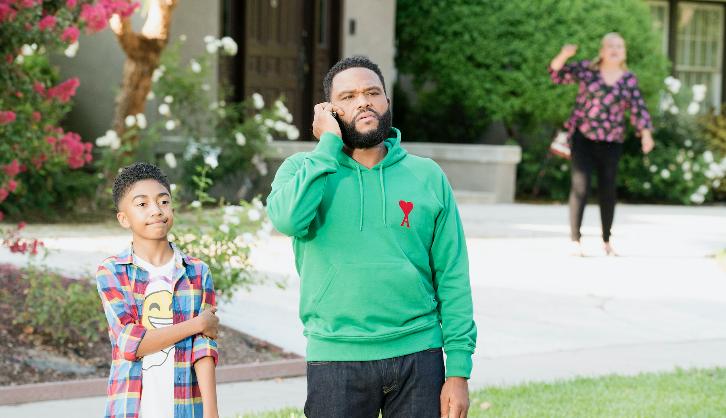 Press Release
DRE CALLS THE COPS OVER PETTY ISSUES AND BEGINS TO QUESTION THE EXAMPLE HE IS SETTING FOR JACK, ON AN ALL-NEW EPISODE OF ABC’S ‘BLACK-ISH,’
TUESDAY, OCT. 23

“Don’t You Be My Neighbor” – The neighbors decide to rent their house out for homestays and it’s causing problems for the Johnsons. Dre develops a newfound joy of calling the cops over petty neighborhood issues but begins to question the example he is setting for Jack. Meanwhile, Diane develops her first crush and Bow wants to help but lets Zoey take the lead on “black-ish,” TUESDAY, OCT. 23 (9:00–9:30 p.m. EDT), on The ABC Television Network, streaming and on demand.

“Don’t You Be My Neighbor” was written by Kenny Smith and directed by Pete Chatmon.