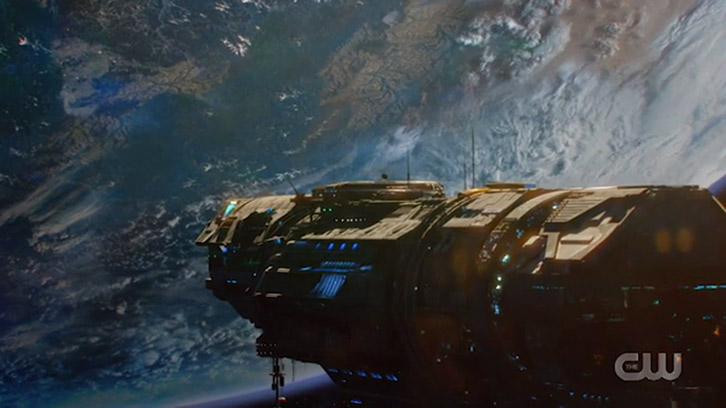 Season 6 of CW's The 100 is finally underway, with a premiere that was rock solid for the most part. After 125 years in cryosleep, the characters awoke to find a new world awaiting exploration, but if this hour proved anything, it's that grudges and disagreements truly are timeless. Showrunner Jason Rothenberg wrote "Sanctum", with Ed Fraiman becoming only the third director to take charge of a season premiere.

A refreshed title sequence and Monty's voice were first to greet us after the recap. Most of the main characters were standing on the bridge of Eligius IV, looking out upon the planet Monty had selected for them as their new home.


Be the good guys.

Those four words Monty left his friends with will be very important going forward. This is a new beginning, Everybody recognizes that, but it's hard for some to let go of their past wrongs, and Raven was first to fall into this category when she stormed out following a remark from Abby. Mere seconds later, Raven and Shaw slept together, and my alarm bells began ringing for him immediately. More on that shortly. 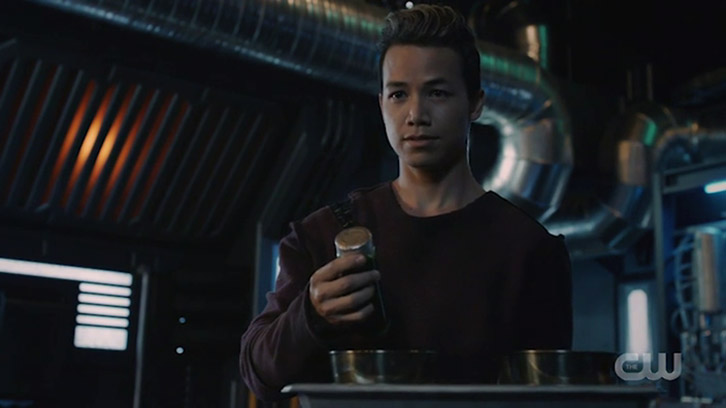 Jordan made a very good first impression on me when he was introduced in last year's season finale, and he's off to a strong start in this new season as well. Though Monty and Harper are no more, everything about Jordan shows similarities to his parents. He's upbeat, easygoing, and can follow instructions precisely. Abby was sent on her path for the episode when Jordan brought some of the potent algae seen last season to her in the hope it could assist in saving Kane.

That morphed into the secondary storyline in this hour, but in my opinion it didn't really sync up with the rest of the episode, and things didn't flow that well. Choosing Niylah to assist with the surgery was an odd decision giving she has no medical background, and the conflict between Raven and Abby kept going throughout the episode when it came to locating blood donors and medicines. It also led to Octavia being woken up by Niylah, against Abby's orders, which came to a head when an argument between her and the now awake Kane leading to Kane deteriorating even further and being put back into cryosleep as a last ditch effort to save him. While I didn't have much of an issue with this storyline, it wasn't one that was worthy of a season premiere - especially one as important as this one.


The faster you fall off the wagon and kill yourself, the sooner we can move on.

With that out of the way, let's focus on the hour's primary storyline, which was exploring this new world. In the briefing, Bellamy revealed important background information on the area of space they were in. According to Monty's work on the Eligius III mission files, he found they were looking for a new home, not just new oil supplies, and they sent exploratory teams to the five planets in the vicinity. Monty picked planet Alpha for Eligius IV to make its way to after his death because it had the most Earth-like properties. None of the instruments used to scan Earth were working for Alpha, but a rescue beacon signal was being detected, and made the choice for where to explore first quite simple.

Next thing we know, Clarke, Bellamy, Murphy, Echo, Emori, Miller, Shaw and Jackson are on the ground and exploring their new world, and along with that, they had a new philosophy. They wouldn't use lethal weapons unless fired upon, and they had non-lethal options. Jackson made the interesting observation that they were aliens this time. That thought wouldn't have crossed the minds of the original hundred when they set foot on Earth in the series premiere.

The tranquility at the lakeside campsite wouldn't last long, however, because a swarm of mutant insects spoiled the fun. The group had to run for cover, and while leading the way, Shaw ran headlong into a radiation fence and succumbed to his injuries after telling Clarke how to disable it and save the rest of the group. His last words wished happiness upon Raven which was admirable to say the least. Shaw has long had a death wish of sorts. Some may remember how he asked Raven to kill him so McCreary had no pilot to fly the drop ship in the first part of last season's finale. 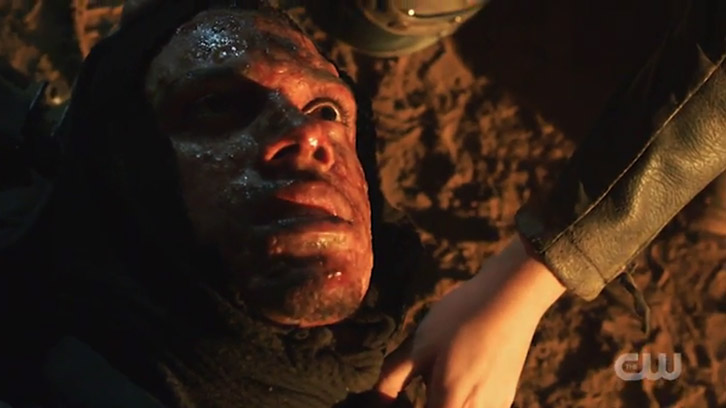 The good news for the group was that the fence was protecting crops of some sort, so civilization was close, and it looked spectacular when they arrived at the center of the town. The set design for this area was very well done. While Emori tried to break into a door and Murphy pestered her with his singing, Clarke and Bellamy discovered a potential explanation for why the town was deserted in the form of a children's book. When the planet's two suns eclipsed and the forests comes alive with swarms, they had to hide for two days, otherwise what happened to Emori moments later would happen to everyone. Something in the air causes everyone to lose their minds and become rampaging murderers, and having seen next week's episode already, what happens is rather shocking to say the least.


Everything that happened, happened so we could get here.

I think for the most part this sixth season premiere was relatively straightforward. It was good, but didn't blow me away, perhaps due to the choice of secondary storyline. The characters beginning to start a new life on a new planet was the key objective and this was done pretty well. But more so than before, the brutal fighting and enormous losses suffered by Wonkru at the hands of the Eligius crew last season are still at the forefront of the minds of many, and a big part of the early episodes this season looks set to be based around avenging those wrongs by key decision-makers like Octavia and Kane. As Shaw said around the campfire shortly before his death (paraphrasing), actions speak louder than words. Clarke and Kane in particular will have to earn back the respect they've lost, again, and though Octavia did a lot of talking, she also needs to be held accountable for her brain-dead leadership at some point. I look forward to seeing that. 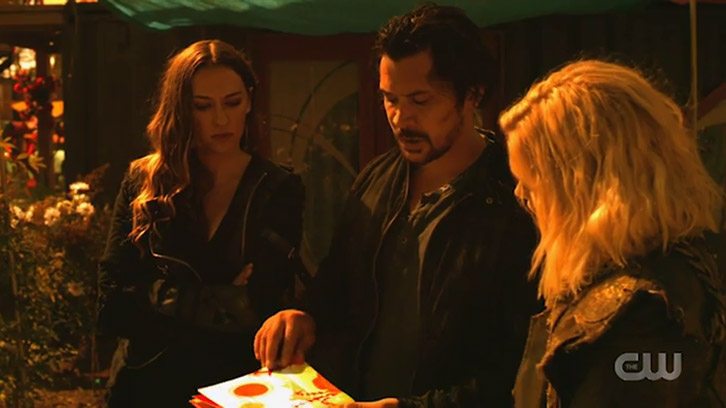 Character interaction in this episode as a result was heavily weighted towards the nasty and negative, with a few exceptions including Shaw and Raven, and perhaps most importantly, the support Echo is showing Clarke, and also the interactions between Clarke and Bellamy.

However, despite the "be the good guys" mantra, part of me is concerned that history is going to repeat itself. Throughout all of the prior five seasons, The 100 has always pitted the protagonists against an antagonist force. From the Grounders in Season 1, Mount Weather in Season 2, Ice Nation and ALIE in Season and 4, and finally, Eligius in Season 5. Season 6 has to differ. It can't repeat the same old fighting, politics, wars and disharmony. It needs to move its focus towards harmony and unity. The characters have learned enough lessons and witnessed enough destruction to pull this off. I'm not worried about the abilities of the characters to make this change - I'm worried about the abilities of the creative team to go where they've essentially never gone before in this series, and introduce a new people, firstly with intentions of peace and prosperity, and secondly that also get along well with these new arrivals to their world. I very much hope they can make that happen.

Thanks for reading my review of The 100's sixth season premiere. I'd love to hear what you thought of the premiere, so make your thoughts and theories known in the comments below. The opinion poll is down below as well. See you all right back here next week.