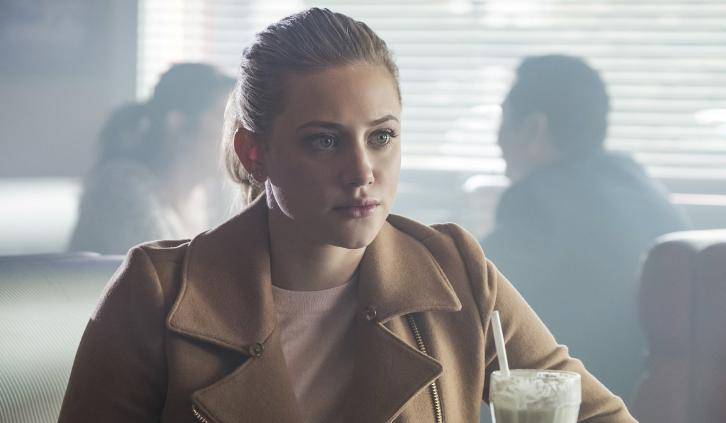 TVLine Interview
Betty is there to help Jughead welcome F.P. back — along with Betty’s mom Alice, who’s had plenty of issues with F.P. in the past. But don’t mistake Alice’s presence for approval, Ulrich cautions: “She’s not necessarily supportive.” In the episodes to come, though, “we do start to learn a little more” about F.P. and Alice’s shared history, back when the ever-judgmental Mrs. Cooper was (gasp!) a Serpent. “There’s a lot to dive into,” he hints.

FP GETS RELEASED FROM PRISON — When Jughead (Cole Sprouse) learns that FP (Skeet Ulrich) is getting released from prison, he and Betty (Lili Reinhart) organize a welcome home party with the Serpents to ease him back into his former life. Meanwhile, Archie (KJ Apa) and Veronica (Camila Mendes) reach a crossroad in their relationship, but are forced to push their issues aside after Jughead and Betty ask them to take over the Black Hood investigation. Madelaine Petsch, Marisol Nichols, Madchen Amick, Luke Perry, Ashleigh Murray and Mark Consuelos also star. Kevin Sullivan directed the episode written by Yolanda E. Lawrence (#208). Original airdate 12/6/2017.