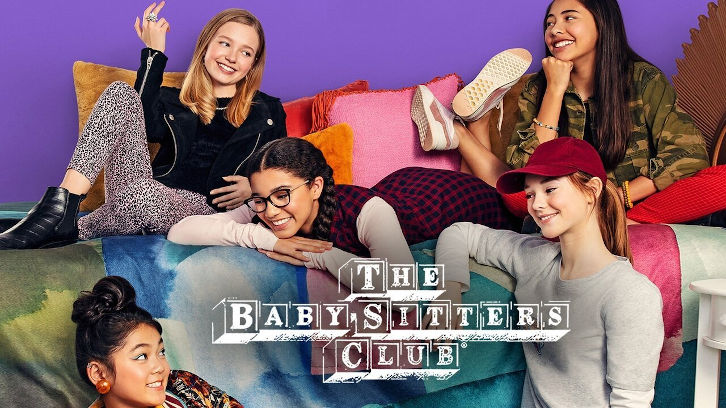 When Netflix announced it was doing a remake of The Baby-Sitters Club, I was very excited. I loved reading the series when I was younger, and I remember watching a movie and another, older TV series. I was also nervous because I was afraid Netflix wouldn't write the characters the way they were in the books and would change important aspects of the series. But apparently I didn't need to be worried because this show is wonderful!

The Baby-Sitters Club kept all the characters like they were in the books but also updated the show to include modern day elements like social media and iPhones, and it all worked. I also liked how each episode was narrated by a different character. Watching this show made me remember why I loved reading these books, and why I loved all of these girls. 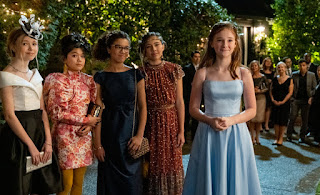 The first episode, "Kristy's Great Idea" introduces us to the four original baby sitters: Kristy, Mary Anne, Claudia, and Stacey. Kristy comes up with the idea to start the club, and she recruits her best friends, Mary Anne and Claudia. Claudia also invites Stacey since she's new in town, and while Kristy has reservations at first, she agrees to let Stacey join. Kristy decides she will be president, of course, since the baby sitters club was her idea. Mary Anne will be secretary, and Claudia will be vice president.

Throughout the season we learn more about the girls, their interests, and their families. I remember in the books Claudia was always my favorite, but I also loved Stacey and Mary Anne. In this show I think Claudia and Mary Anne were my favorites. I loved Claudia's artistic talent, and her special relationship with Mimi. I'm go glad the show kept that because that was a huge part of the books. I also remember Jeanine, who has zero people skills but is extremely smart. I'm also interested in Claudia's relationship with Trevor. Maybe we will see him again in season two?

In the original series, Kristy was always a little too bossy for me, and she was a little overpowering here, too. But she does really care about others especially Mary Ann and her brother, David Michael. It's clear she still has issues about her dad, and who could blame her? Her dad left her when she was little, and now her mom is getting remarried. I really liked the casting choices of Alicia Silverstone as Kristi's mom and Mark Feuerstein as Watson. Kristy was hesitant about getting to know Watson, but I think she's coming around. I hope in season two (and we better be getting a season two) we see more of Kristy and Watson bonding. 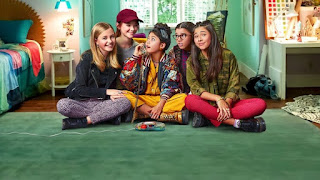 I thought Stacey's diabetes story was very well written. At her old school in New York, her life was changed by discovering she has this condition. She moved schools because she lost all of her friends. I hate that she felt like she had to hide this, but I'm glad she eventually trusted her new friends enough to tell them. I do remember her being boy crazy in the books, and she kind of annoyed me when she and Mary Ann went to the beach. But she realized she was wrong for being so obsessed with the lifeguard who was too old for her and not helping Mary Ann watch the kids.

Dawn is introduced to us near the middle of the series, and she and Mary Ann quickly form a friendship while the other baby-sitters are angry at Mary Ann. I know I've said this a million times, but Dawn's character was just like the book! From her healthy eating to her interesting causes since she's from California, she was perfect. I'm also interested to see the relationship between Dawn's mom and Mary Ann's dad continue. Marc Evan Jackson was a great choice for Mary Anne's dad.

Another character I love is Karen. She is hilarious! She had her own series of books called "Baby-Sitters Little Sister" all about her crazy adventures. She was so funny when she was convinced her neighbor was a witch and when she thought the curse at Camp Moosehead was real. I know that people thought she was a lot to handle (even Watson knows this), but she was honestly one of my favorite parts of the show. I laughed so much during her scenes. 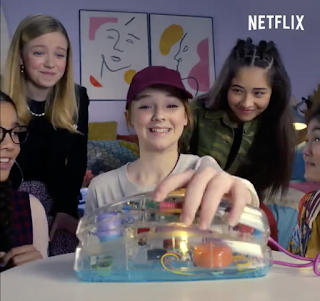 I thought Camp Moosehead was a nice way to wrap up season one (although I wouldn't have hated having more episodes). The girls were able to show off some of their talents and were able to help others. Dawn and Claudia made a plan to help everyone feel included, and I was proud. It would have been awful to be one of the campers who couldn't participate in arts and crafts because they couldn't afford to purchase a t-shirt or sweatshirt. And Mary Anne was able to show off her directing skills. Not mention she got to spend more time with Logan. I always thought their relationship was super cute in the books.

Mallory and Jessi were introduced to us at the camp. Jessi is a very talented ballerina, and Mallory volunteered to help Mary Anne. I except these two to have bigger roles next season, and I look forward to learning more about them and seeing how they interact with the other baby-sitters.

I just loved every episode of season one. It was so much fun to watch a show about teenagers who seemed real. Not like Gossip Girl (which the show did talk about!) The writers did an amazing job, and I loved every actress. I hope Netflix announces news about season two soon.

- I loved that the girls bought that see-through landline phone that had all the different colors in it. I had a phone just like that when I was younger. I'm pretty sure all of my friends had that phone.

- I hated that Kristy and her mom fought at the wedding. You could tell how awful Kristy felt. I was so glad she got to have a moment with her mom right before they left.

- Is it really that cold in Connecticut? All of the campers were wearing sweatpants and sweatshirts. It's almost 100 degrees here right now. I couldn't imagine wearing sweats outside in the summer.

What did you think about season one of The Baby-Sitters Club? What were your favorite stories? Did you grow up reading the series like I did? Discuss below in the comments.