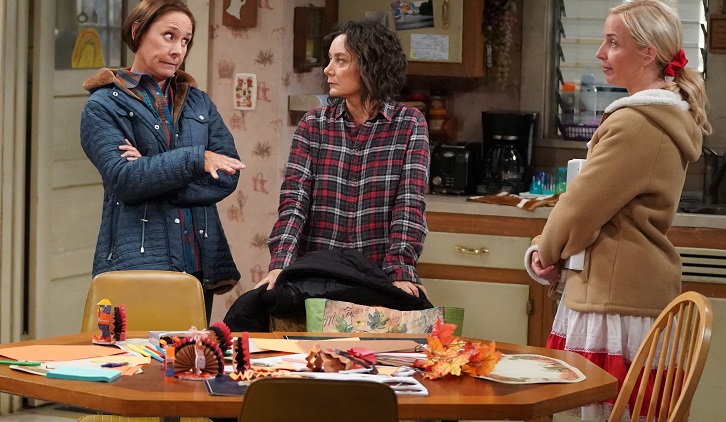 ON AN ALL-NEW EPISODE OF ABC’S ‘THE CONNERS,’ AIRING TUESDAY, NOV. 12

“Tempest in a Stew Pot” – Jackie and Becky pitch their business plan to Darlene in hopes of getting the Lunch Box back, but Darlene’s decision leads to hostility among the three. Meanwhile, Dan bans Odessa from the house, causing a rift with Harris; and Mark makes extensive Thanksgiving plans that may inevitably fall apart on “The Conners,” TUESDAY, NOV. 12 (8:00-8:30 p.m. EST), on ABC. Episodes can also be viewed the next day on ABC.com, the ABC app and Hulu.

Guest starring is Estelle Parsons as Bev and Eliza Bennett as Odessa.

“Tempest in a Stew Pot” was written by Sid Youngers and directed by Fred Savage.