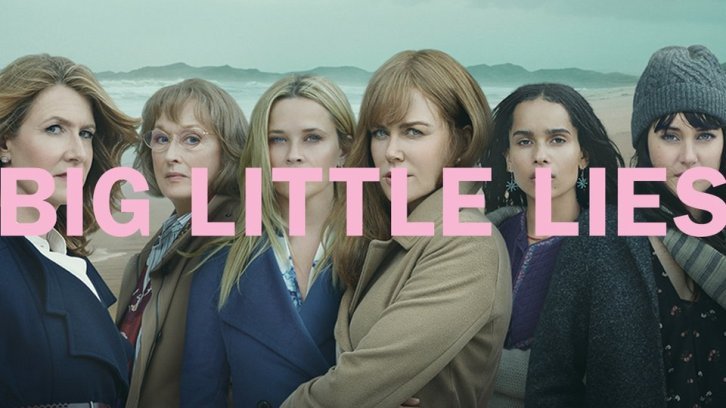 "That push was a long time coming."

Madeline is struggling not to tell Ed because he can tell something’s up and she’s not being honest, which doesn’t really help their marriage, she does try to get back in his good graces by going down memory lane and trying to show him how much she loves him, which seems to have worked to soften him up a little. Maybe that's enough for him not to take Tori's offer to get back at their partners by sleeping together.

Bonnie knows her mom is in pain and is struggling with what to do about it but she ends up taking the opportunity to confess to her while she's unconscious, though it seems she can hear her because a tear falls down her face. Bonnie tells Elizabeth why she resents her, for her childhood trauma, for the ways in which she coped, for her own insecurities and where they led her, including settling for Nathan, which is something that will probably get addressed soon and I'm eager to see it.

Things get even worse for Renata when Juliette shows up at bankruptcy court to claim money she's owed for "stress-relief". Of course, Gordon was screwing the nanny, but I did not see the payment part of it coming. And the fact that it’s made so public only makes it worse. Though I have to say it really doesn’t make much sense, why would you want to make your own prostitution a matter of public record? It doesn’t really sound all that plausible.

Jane confronts Corey and he says he's not a cop, but he was called in by Quinland, he says she knows all about Perry, and Jane, and Ziggy, and she’s convinced he didn’t fall, she also believes one of the five will eventually crack under pressure. After that, she stops returning his calls which kinda makes sense, she says it’ll take her some time to let someone in again but he says he’s not walking away.

Celeste still refuses to settle and takes the stand but she gets destroyed and slut-shamed by Mary Louise’s lawyer and, of course, the Ambien stories don’t help at all, since, apparently, Mary Louise was having her followed by a PI, which can't be all that surprising. He starts talking about her own violent outbursts and that is when he brings up Perry’s death and suggests she pushed him, which she denies, but in doing so she does commit perjury when she's asked to describe his death again and she says he slipped.

Jane goes to Mary Louise's to get her to stop the whole thing but instead she gets Mary Louised herself and loses it, that woman has the ability to go straight to people's worst fears. Before the judge decides what to do with the kids Celeste decides to put Mary Louise on the stand to question her and prove she's not the better choice for the kids. To be honest, seeing her right now you wouldn’t really think she was a good lawyer, but I do hope she kicks Mary Louise’s ass, this promises to be a duel to be remembered, not only between two complicated women but between two powerhouse actresses, fireworks are expected for sure.