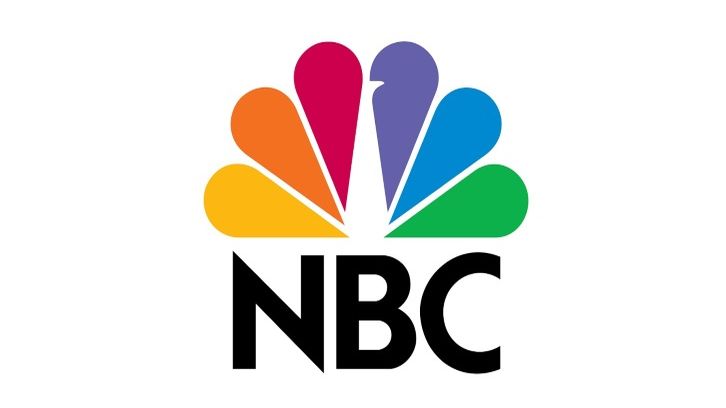 Update: This Is Us, The Good Place and Blindspot Press Releases Added.

09/20/2016 (10:00PM - 11:00PM) (Tuesday) : Sometimes life will surprise you. Starring Mandy Moore ("A Walk to Remember"), Milo Ventimiglia ("Heroes," "Gilmore Girls") and Sterling K. Brown ("The People v. O.J. Simpson: American Crime Story"), this refreshingly honest and provocative series follows a unique ensemble. As their paths cross and their life stories intertwine in curious ways, we find that several of them share the same birthday and so much more than anyone would expect. From the writer and directors of "Crazy, Stupid, Love" comes a smart, modern dramedy that will challenge your everyday presumptions about the people you think you know.

The team races to stop a corrupt DEA agent from selling stinger missiles to a drug cartel as Weller (Sullivan Stapleton) fights to keep everyone together under the increasing pressures of Jane's (Jaimie Alexander) rift with the others and the uncomfortable addition of Nas (Archie Panjabi) as co-leader.

09/23/2016 (08:30PM - 09:00PM) (Friday) : ELEANOR SHELLSTROP DISCOVERS "THE GOOD PLACE" IN THE SERIES PREMIERE - Thanks to some kind of error, Eleanor Shellstrop (Kristen Bell), an ordinary woman, enters the afterlife and is sent to the Good Place -- which is definitely not where she belongs. While hiding in plain sight from Michael (Ted Danson), the wise architect of the Good Place who is unaware that he's made a mistake, she's determined to shed her old way of living and discover the awesome person within. Helping Eleanor navigate her new surroundings are Chidi (William Jackson Harper), her kind, open-hearted "soulmate" who sees the good in people but finds himself facing quite a dilemma; her frustratingly perfect new neighbors, Tahani (Jameela Jamil) and Jianyu (Manny Jacinto); and Janet (D'Arcy Carden), a walking, talking source for all the knowledge in the universe.

Some shows are missing, This Is Us and The Good Place for example, NBC haven't released the press releases for them yet, once they do, I will update this post. If you're wondering why Chicago Fire is missing, it premieres on October 11th, which doesn't fall in the timeframe of this press release.

09/21/2016 (10:00PM - 11:00PM) (Wednesday) : THE AFTERMATH OF JUSTIN'S DEATH HANGS HEAVY OVER VOIGHT AND LINDSAY AS INTELLIGENCE INVESTIGATES A MURDER-ARSON CASE. - Intelligence investigates a gruesome case. Upon further examination, it appears the victim was wearing a CPD-issued wire at the time of his death. Meanwhile, Burgess (Marina Squerciati) meets her new partner, Julie Tay (guest star Li Jun Li), who came from one of the worst assignments in the city. Together they respond to their first call, and Tay shares details of her past. Additionally, Commander Crowley (guest star Barbara Eve Harris) confronts Lindsay (Sophia Bush) about why she and Voight (Jason Beghe) were at that location on the night that Intelligence pursued Justin's killer. Also starring Jon Seda, Jesse Lee Soffer, Patrick John Flueger, Elias Koteas, LaRoyce Hawkins and Amy Morton. Guest starring Jesse Spencer, Philip Winchester, Marlyne Barrett and Samuel Hunt.

After a group of Cloud 9 employees walk out to protest Glenn's (Mark McKinney) firing in last season's finale, Amy (America Ferrera) convinces her co-workers to turn the walkout into a full-fledged strike. Jonah (Ben Feldman) tries to make the most of his one year of business school by joining Amy in negotiating with corporate. Almost immediately the ambitious Mateo (Nico Santos) regrets going on strike and sneaks back into the store to impress Jeff (recurring guest star Michael Bunin), the district manager corporate sent to manage the store during the crisis. Dina (Lauren Ash) is also determined to impress Jeff as she's trying to be renamed assistant manager, and Garrett (Colton Dunn) meets a beautiful woman on the picket line who proves too good to be true. Nichole Bloom also stars.

09/22/2016 (09:00PM - 10:00PM) (Thursday) : CHANGE IS IN ORDER INSIDE CHICAGO MED IN THE SEASON TWO PREMIERE - Dr. Rhodes (Colin Donnell) begins his fellowship in cardiothoracic surgery, but gets off on the wrong foot with his challenging new boss, Dr. Latham (guest star Ato Essandoh). Dr. Choi (Brian Tee) navigates life as the new chief resident and finds the road a bit rocky, while Dr. Charles (Oliver Platt) approaches Sarah (Rachel DiPillo) with an interesting opportunity that catches her off-guard. Elsewhere, April (Yaya DaCosta) works to come to terms with her recently discovered illness and Dr. Manning (Torrey DeVitto) deals with a complicated case involving a pregnant woman who was a victim in a high speed collision. Meanwhile, Dr. Halstead (Nick Gehlfuss) takes exception to the actions of fourth-year medical student Jeff Clarke (guest star Jeff Hephner), whose past history with Dr. Manning may be a factor. Sharon Goodwin (S. Epatha Merkerson) tries to pick up the pieces and move on with her life in the aftermath of Bert leaving. Marlyne Barrett also stars.