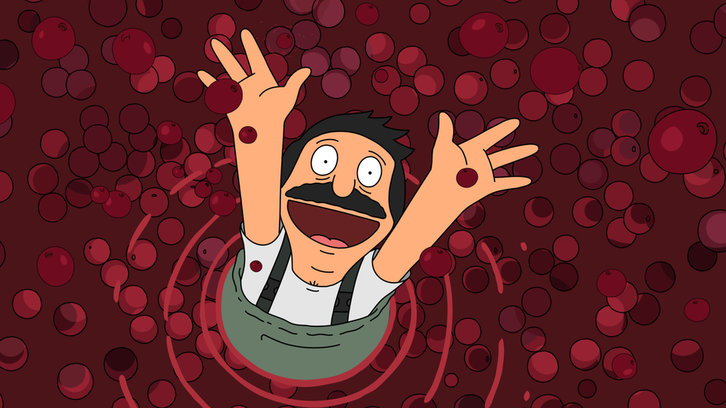 The Belchers set out to save a turkey from a trip to the slaughterhouse, but when a local reporter catches wind of their schemes, the mission becomes more complicated than they had anticipated in the all-new "I Bob Your Pardon" episode of BOB'S BURGERS airing Sunday, Nov. 18 (8:30-9:00 PM ET/PT) on FOX. (BOB-808) (TV-PG L)