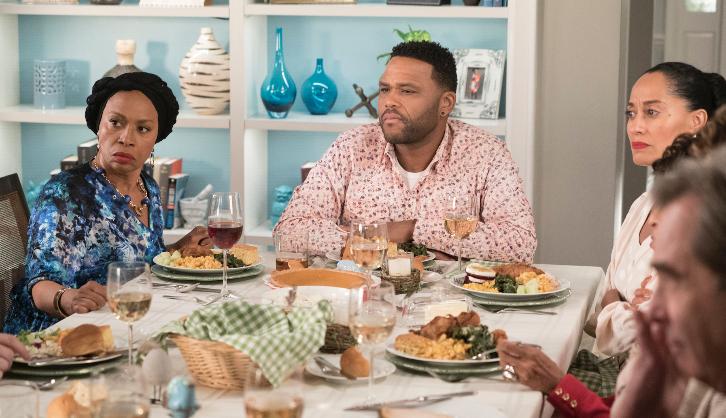 Press Release
DRE AND BOW’S FAMILIES BOTH SHOW UP FOR EASTER, ON ABC’S ‘BLACK-ISH’

“North Star” – When both Dre and Bow’s families show up for Easter, they have to learn to love each other’s different cuisines. Meanwhile, Junior tries to organize an Easter egg hunt but Jack and Diane pretend not to be interested to impress their cooler cousins, on “black-ish,” TUESDAY, MARCH 27 (9:00–9:30 p.m. EDT), on The ABC Television Network, streaming and on demand.

Guest starring are Anna Deavere Smith as Alicia, Beau Bridges as Paul, Marla Gibbs as Mabel, Rob Huebel as Gary, Leslie Grossman as Gwen, August and Berlin Gross as Devante and Ted Allen as himself.