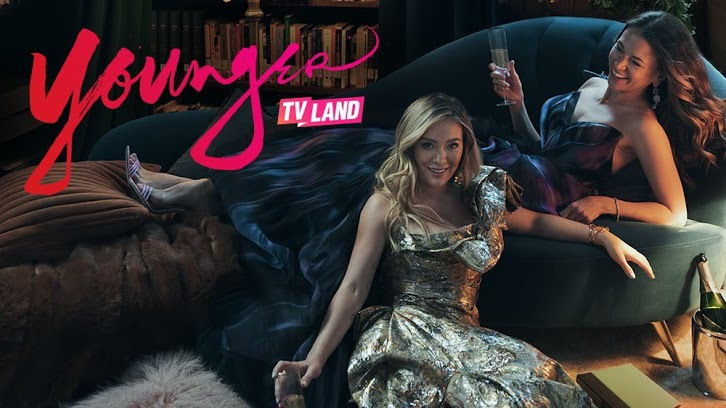 It is finally summertime! The winter coats are stowed away, our favorite fall shows are on vacation and most importantly..... YOUNGER IS BACK! Let's discuss, shall we?

Just to recap, we saw the shifting sands as the show pivots into its new chapter. Kelsey is the boss and that means taking on all the weight of the company Charles left her charge of. Charles is now rudderless but doing his best to put on a brave face, even to himself it seems. Diana feels under appreciated and hurt that Liza never told her that she was the 'younger' woman Charles was seeing. Finally, Josh gets confirmation that he is the father of Clare's baby. 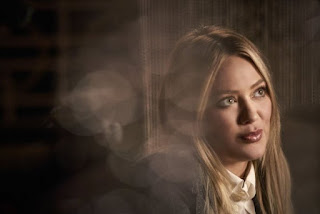 They always say it is lonely at the top and Kelsey found this out during her rough initiation to boss lady status. I do still have a lingering feeling that although she was excited Charles put the company in her hands, he did blindside her with a position that she wasn't quite mentally prepared for. Kelsey is left holding the bag, and while we all know she is more than capable it is still not something she had time to process. The daunting task of possibly laying people off and getting a warning about the 'glass cliff' was an interesting way to set Kelsey's narrative course for the season. I did find it odd that she ran straight to Zane after the way they ended last season. The last time we saw Zane he let our girl know that he was in love with her but that feeling had left the building and so was he. Zane's new career path is a mystery to Kelsey, but they obviously still care for one another. Let's hope this season brings us some clarity as to what these two are to each other when all the professional walls are down. 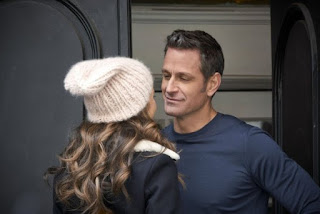 That new relationship glow is still in effect for Charles and Liza as we see their morning after sweetness. Charles reassuring Liza he is just fine was not at all convincing, but they are blissfully ignoring the obvious. Liza awkwardly fumbling away after saying her first I love you to him was a bit cringeworthy but very in character for her. Having them start off the season like this is very interesting as we pivot to what happens after the couple walks into the sunset as these two did last season. This relationship has always been a tad superficial to me as it is the forbidden tale of two people who were attracted to the mystery of one another. Now the realness starts and it will be interesting to see if they are in fact meant to be. As it stands, I am not convinced they can blend their worlds now that all the secrets are out there. No matter what, Liza will always be the catalyst for Charles walking away from his professional legacy and that could be the storm cloud that follows them. He is already keeping something from her in the form of what he and Zane may be planning and if I had to venture a guess, it would be a grass roots publishing company which would pit them squarely against the women in their lives. 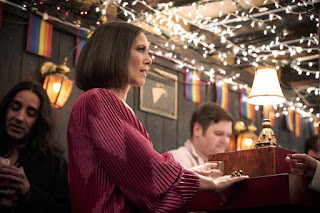 Diana Trout is not getting her due and it is becoming a problem! First she is slighted when Lauren declares that she is following Kelsey for a cultural movement through social media which involves the company and no one looped Diana in. Putting myself in Diana's shoes, she is already feeling vulnerable with the regime change and it seems like the train is leaving the station without her on board. Diana does consider these women friends even if she doesn't show it the way they do, and no one took a moment to let her know about the looming scandal the press was speaking of and who it involved. No one could blame Diana for putting out feelers via Redmond, especially when you don't feel appreciated for all you've done. All of this led to the best moment of the episode with Kelsey and Liza 'winning back' Diana using the working woman's anthem made popular in the '80s 9-5. Any excuse the show could use to have these three finally sing together is just fine with me and it was one of the most iconic moments in the show's run. I still want Liza to tell Diana how old she really is and hope this happens this season. Anyone else feel this way?

You ARE the Father 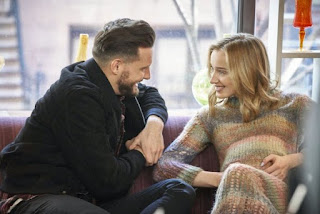 Josh needs to baby proof his tattoo parlor because he is in fact the father of Clare's baby to be. As I said last season, I think this is an interesting move for Josh and hope it opens new avenues for his story. The show does still seem determined to keep him in Liza's orbit and this was evident by Liza's quick twinge of sadness when Josh confirmed the news. If this is a way to draw them back closer to one another, I am not sure that is the best play to make given the history behind this topic between them. Liza made it very clear that her child raising days are behind her and that was part of the reason their relationship ended. Now if the show decides to go the route of 'it takes a village' that could be much more fun, with Josh co-parenting and having his village help along the way. One thing I don't believe that can be disputed is that this child is very lucky to have a loving man like Josh be its father. I am grateful that Maggie nudged him to get the paternity issue out of the way right off the bat because I would have hated to see him get attached only to find out the baby wasn't his in the end.

* Maggie and Charles had a scene together finally! It is so strange that it took this long for it to happen.

* Charles getting Liza a new bed was sweet of course, but how does he know it was her style? Either way, he did say I love you by episode's end, so that had to be a relief for Liza.

* At this point it is easier to list the characters who don't know Liza's real age.... Diana and Zane.

* The show flirted with the idea of older men becoming obsolete in the work force, thoughts on this take?

* It was hilarious that Diana assumed Kelsey was the one sleeping with Charles.

That is all for now. What did you think about the premiere? And what are your hopes for the new season? Drop them in the comments below!