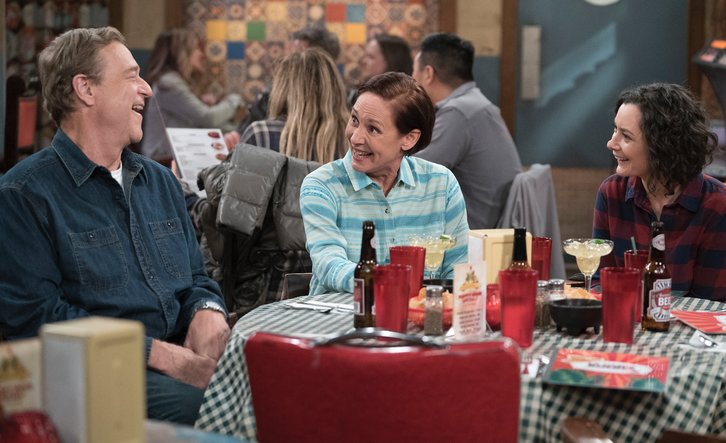 Press Release
MIRACLES CAN HAPPEN … EVEN IN LANFORD, ON AN ALL-NEW EPISODE OF ABC’S ‘THE CONNERS,’ TUESDAY, NOV. 20

“Miracles” – Life-changing news lands in the Conner household when a member of the family makes an announcement that no one saw coming. Meanwhile, Dan is suspicious that Becky isn’t sticking to her end of the deal when it comes to her drinking. Darlene continues her job search, and Jackie offers English lessons to a Casa Bonita busboy in need, on an all-new episode of “The Conners,” TUESDAY, NOV. 20 (8:00-8:31 p.m. EST), on The ABC Television Network, streaming and on demand.

Guest stars include Justin Long as Neil, Rene Rosado as Emilio and Marques Ray as Ramon.

“Miracles” was written by Liz Astrof and directed by Bob Koherr.