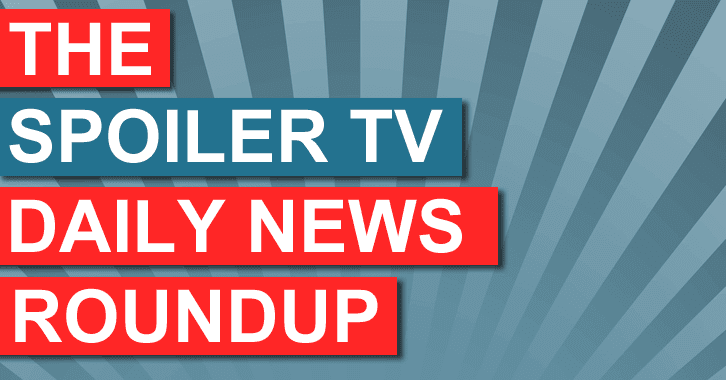 Press Releases
Nashville - Episode 3.04 - I Feel Sorry for Me

"I Feel Sorry For Me" - Rayna goes after Sadie Stone as a new artist to sign to her record label Highway 65. In order to woo her, Rayna invites Sadie out for a girl's day on the town, which she thinks may help to seal the deal. Juliette continues to try her best at hiding her pregnancy but when she starts to have stomach pains and mood swings, she has to let down her wall. Later, an assertive and sultry backup singer takes a liking to Deacon but his down in the dumps attitude does nothing but shut her out. Then, Zoey witnesses odd behavior between Scarlett and Gunnar and lets her inner jealousy get the best of her. She tries to mend things at the Bluebird but they end up backfiring terribly. Meanwhile, Avery continues to use alcohol to drown his sorrows, which only takes him to new lows, and Jeff has ulterior motives as he pursues Teddy and the girls, on "Nashville," WEDNESDAY, OCTOBER 15 (10:00-11:00 p.m., ET) on the ABC Television Network.

"I Feel Sorry For Me" was written by Debra Fordham and directed by Elodie Keene.

"Sinkhole" - When Mike and Boyd narrowly miss a sinkhole on the interstate, Boyd becomes petrified of leaving the house. Matters get more complicated when Mike and Ryan have different opinions on how best to ease Boyd's fears, on "Last Man Standing," FRIDAY, OCTOBER 17 (8:00-8:31 p.m., ET/PT) on the ABC Television Network.

"Sinkhole" was written by Vince Calandra and directed by Joel Murray.

Mary’s secret assignation is very nearly blown, but Violet’s quick thinking saves the day. Robert is left red faced and furious when things don’t go as planned. The events surrounding Green’s death are once again under scrutiny, while Mrs Patmore is devastated when old wounds are reopened but Carson is unsympathetic. Branson receives an interesting proposition concerning the future of the Downton estate, while a figure from Violet’s distant past suggests she has buried secrets of her own.

Sarah Bunting continues to cause waves above stairs, but this time she may have gone too far. On returning to Downton, Thomas is suffering an inexplicable illness; Baxter suspects there’s more to it than he’s letting on. Meanwhile, Violet reveals to Isobel the surprising truth of her past with Prince Kuragin and Mary comes to a decision concerning Lord Gillingham, but things don’t go quite as planned. When Rose’s father Shrimpie returns to Downton, he breaks news that will shock the whole family.

DRE GOES MORE THAN A LITTLE OVERBOARD WHEN HE TAKES OVER RAINBOW’S “MOM” DUTIES, ON “black-ish,” WEDNESDAY, OCTOBER 15 ON ABC

“Crazy Mom” – When Dre agrees to take over Rainbow’s “mom” duties for a week, the overwhelming praise he gets from everyone at his kids’ school goes to his head. He soon finds himself pushing the envelope to outdo everyone, even the school’s “crazy mom,” on “black-ish,” WEDNESDAY, OCTOBER 15 (9:31-10:00 p.m., ET) on the ABC Television Network.

“Crazy Mom” was written by Gail Lerner and directed by James Griffiths.

"Gay or British?" - Dana and Peter seem to have reached the perfect relationship balance - they've jointly agreed to see other people but not talk about it. But their dating anonymity is all about to change when Dana learns of a long-standing dinner party Amy is hosting at the loft - and the fact Peter is attending and bringing someone else as his date. On a mission to find her own suitable dinner companion, Dana turns to her new handsome and British boss, Tucker, but both Peter and Dana's evenings do not go as planned, on "Manhattan Love Story" airing TUESDAY, OCTOBER 14 (8:30-9:00 p.m., ET).

"Gay or British?" was written by Sue Paige and directed by Peter Lauer.

"A Little Yelp From My Friends" - Henry and Eliza discover that their most valuable office relationship might be their own after Saperstein mandates his employees to work on their interpersonal connectivity, on "Selfie," TUESDAY, OCTOBER 14 (8:00-8:30 p.m., ET), on the ABC Television Network.

"A Little Yelp From My Friends" was written by Jessica O'Toole & Amy Rardin and directed by Alex Hardcastle.


Start of Production for CBS's Limited Event Series THE DOVEKEEPERS

The four-hour limited event series is based on Alice Hoffman's acclaimed historical novel about a group of extraordinary women whose lives intersect in a fight for survival at the siege of Masada.