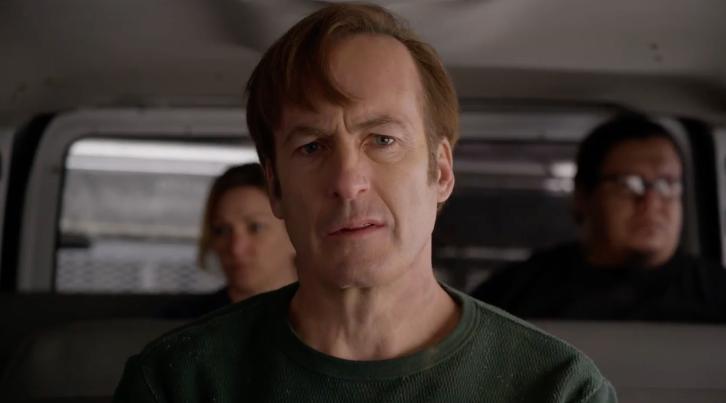 Jimmy tries to settle debts; Nacho reunites with an acquaintance; Mike helps Stacey with a project and makes a connection.


How long has this particular domino run of events leading up the commercial that ends Monday's episode been on the storyboards? How long have y'all known that this was the set of things that had to happen to get us to Saul Goodman in some form?

As you probably have gathered from speaking to other Better Call Saul writers, we don't do a lot of planning. We do some in terms of what may happen in a season, but in terms of very specific things, we mostly go episode-by-episode. I can't remember exactly, but I'm pretty sure that this was not planned too far in advance.

We obviously knew that we wanted to plant our Saul Goodman flag this season and we weren't really sure how we were going to do it. We just knew that we wanted to do it in some way. As we were breaking this season and we were coming up on this episode, we started to understand the repercussions of the tape of Jimmy's break-in and then the repercussions of the pre-prosecution diversion and what Jimmy actually had to do to fulfill the requirements for the PPD. I think that's when we started to come up with this idea of, "Well, he's not going to be a lawyer for a year, so what is he going to do?" That brought on many, many ideas about "What could Jimmy McGill do?" Then we came upon the idea that he has all of this air-time that he's pre-bought for his "A lawyer you can trust" commercial and he's going to lose a lot of money and he needs to somehow recoup that. That led us to making a commercial and in that, we had the idea that he can't make this commercial as Jimmy McGill because, as he says, it was off-brand. It went from there. Then we came up with this idea and it was perfect.