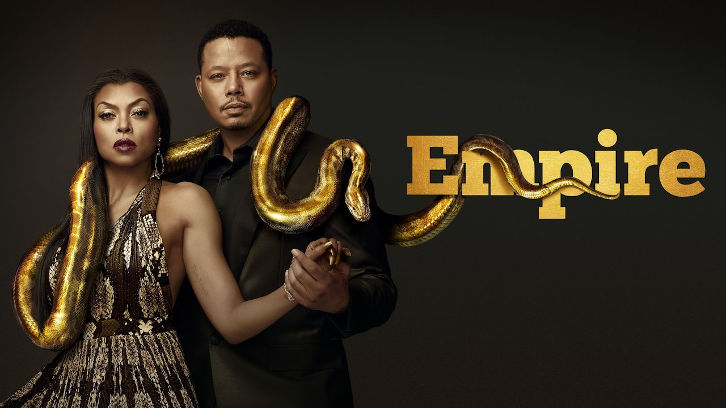 Press Release
WHEN THE LYONS COME BACK TOGETHER, EVERYTHING FALLS APART ON AN ALL-NEW "EMPIRE" TUESDAY, OCTOBER 15, ON FOX

A happy family occasion brings the Lyon family back together, but it becomes apparent that no one seems to see eye-to-eye. Lucious, unhappy with how Empire and the Empire movie are progressing, springs into action and comes face-to-face with demons from his past. Meanwhile, Cookie reaches her breaking point and considers seeking help and Andre encourages Tiana to smooth over the controversy she created for the company in the all-new "Tell the Truth" episode of EMPIRE airing Tuesday, Oct.15 (9:00-10:00 PM ET/PT) on FOX. (EMP-604) (TV-14 D, L, S, V)