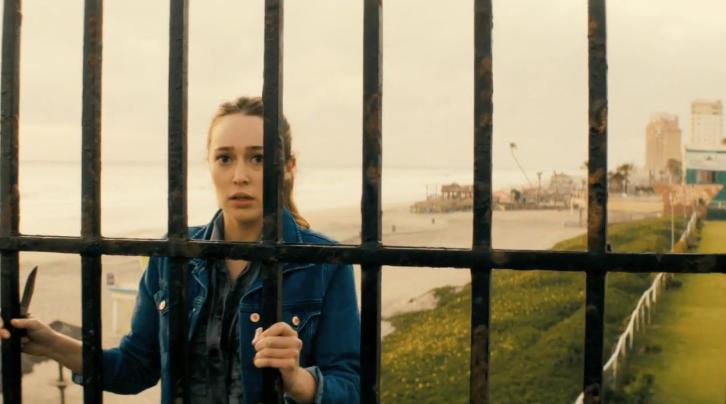 
Alicia and Madison try to bring two competing factions together; Nick uses skills from his past for his new role.

Source:
AMC
ENTERTAINMENT WEEKLY: Okay, usually we go through these episodes somewhat chronologically, but we are starting right at the end this time, because of what may be our most shocking moment ever on the series here as Chris just straight-up murdered a dude who was only trying to protect his property. Has Chris officially crossed over to the dark side now?

DAVE ERICKSON: I think Chris has crossed over to the apocalyptic side, definitely. Here’s the thing for Chris: What he has been looking for — and this goes back to the pilot in episode 2 — Chris is a kid who is looking for his place. Before the apocalypse, he was alienated, he was very angry, he was very lost, and then the apocalypse struck, and then he lost his mother by the hand of his own father, and he’s gone through some pretty hellish experiences. I think the biggest thing that Chris needs is to find people who actually get him.

And when they meet the Americans in this episode — Brandon, Derrick, and James — it’s the first time he’s found people in a long time who actually seem to get him, and they seem to be playing the same game. The trigger for him — figuratively and literally — is when the farmer comes in and shoots James. And once that happens, I think Chris reacts instinctively, and he does it because he thinks he’s protecting his friends.

In episode 13, we’re going to return to this story and we’ll get more of Chris’ thinking and the reasons he feels it was justified, and it really becomes something of a morality play where Travis has taken him away, has decided to abandon the rest of his family because he thinks he can save his son. And he feels a certain degree of guilt and definite obligation to protect his little boy.