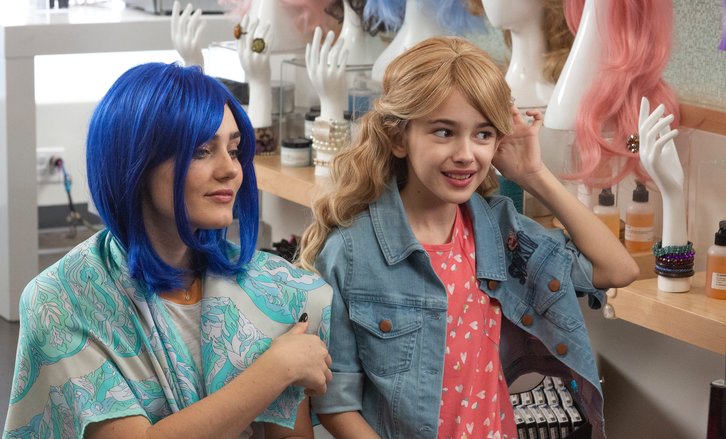 Press Release
KATIE COMMITS TO A DAY WITHOUT A CELLPHONE ON AN ALL-NEW EPISODE OF ABC’S ‘AMERICAN HOUSEWIFE,’ TUESDAY, APRIL 16

“Phone Free Day” – In order to avoid buying Anna-Kat a cellphone, Katie makes a pact with the girls that she and Taylor can go an entire day without using their phones. Meanwhile, disappointed with Greg’s advice, Oliver seeks the guidance of an old friend on an all-new episode of “American Housewife,” TUESDAY, APRIL 16 (8:00-8:30 p.m. EDT), on The ABC Television Network, streaming and on demand.

“Phone Free Day” was written by Taylor Hamra and directed by Nirvana Adams.