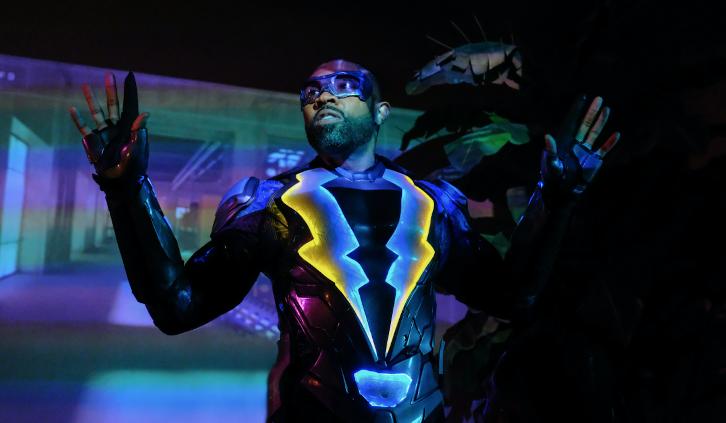 EW Interview
“It’s kind of a messy mixture of pride, that these are his genes and his offspring are having these abilities,” said Williams, “but there’s also this healthy dose of fear because he’s been where he’s been and it’s taken a toll. It has torn up his family to a certain degree. He’s seen people lose their lives by having these abilities. There’s that fear of not wanting his daughters to travel down the same road as him, but also over the course of the series before those things come to light, the whole family goes on a journey that informs how each of us are affected when those abilities come to light.”

IS HE BACK? — As the community struggles with the violence surrounding them, a glimmer of hope appears: Is Black Lightning (Cress Williams) back? Lynn Stewart (Christine Adams), noticing the changes in the community, is also left wondering. While Jefferson Pierce (Cress Williams) struggles with his decision, Gambi (James Remar) urges him to take up the mantle once more and return to life as Black Lightning. Anissa (Nafessa Williams) and Jennifer (China Anne McClain) try to deal with the aftermath of their jolting experience. Damon Gupton and Marvin Jones III also star. The episode was written by Salim Akil and directed by Oz Scott (#102). Original airdate 1/23/2018.