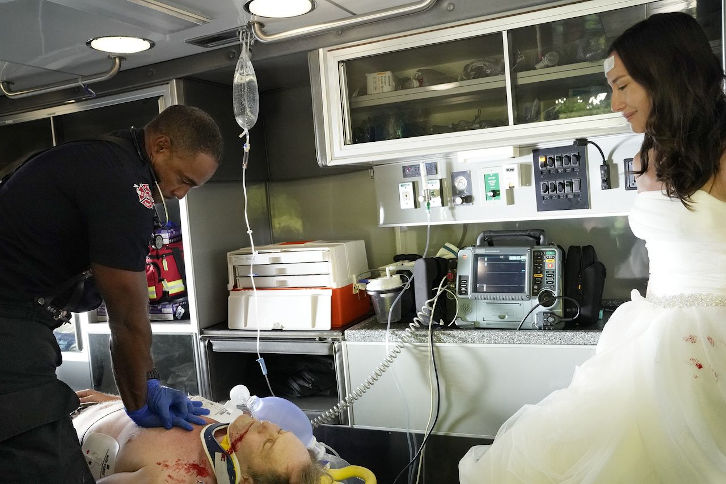 Press Release
ANDY REFUSES TO GRIEVE A MONUMENTAL LOSS, AND SULLIVAN MAKES A CONTROVERSIAL CHOICE FOR CAPTAIN, ON AN ALL-NEW EPISODE OF ABC’S ‘STATION 19,’ THURSDAY, FEB. 6

“Eulogy” – While Pruitt grieves a monumental loss, Andy refuses to do the same and, instead, throws herself into work. Meanwhile, the crew responds to a widespread carbon monoxide leak, and Sullivan makes a controversial choice for captain, on an all-new episode of “Station 19,” airing THURSDAY, FEB. 6 (8:00-9:00 p.m. EST), on ABC. Episodes can also be viewed the next day on ABC.com, the ABC app and Hulu.

“Eulogy” was written by Anupam Nigam and directed by Eric Laneuville.