Results:
The Readers’ Choice winner this month shot out to the lead immediately to never be caught again. The Staff Choice was more competitive with the top spot changing hands multiple times. 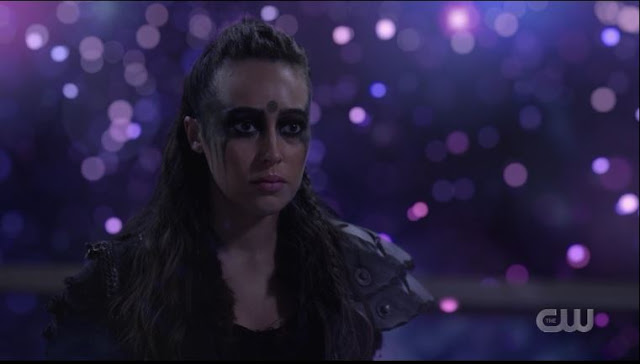 From the very first moment Alycia Debnam-Carey appeared in CW’s The 100 she has made an impact. During her tenure as the powerhouse leader Lexa, she left an impression that lasted long beyond her final scene. Throughout Lexa’s journey, the audience got to witness a beautiful and complex love story unfold between Lexa and Clarke (Eliza Taylor). Even long after Lexa was gone, she was still a part of the story and always a large part of Clarke’s journey. The fact that Lexa became such an integral part of the fabric of the series was in large part to Debnam-Carey and her vast-ranging talent that left an indelible mark on the series. That is why it was only fitting that the series found a way to allow Debnam-Carey to make one last appearance on the show in the series finale, The Last War (7x16). In this episode, she didn’t play the beloved Lexa, despite donning her Lexa costume and war paint, but just seeing her in a scene with Taylor again was enough to warm the hearts of the audience. Even portraying a different character, a celestial Judge, she still managed to have a strong connection with Taylor. She stepped right back into that acting dynamic as if no time had passed. Debnam-Carey brought heart and soul to an otherwise cold character as she brought the Judge to life. For the short bit of screen time she was granted, she made a big impact. Debnam-Carey took what she was given and delivered an outstanding performance in her final outing on the series. For that, she was voted to be SpoilerTV’s Readers’ Choice September Performer of the Month. 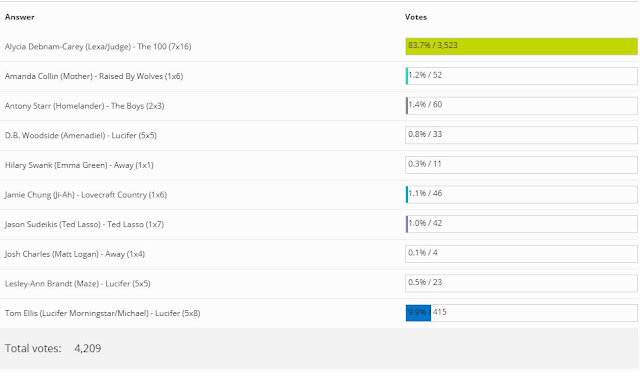 It is rare for a young performer to have such a command of her craft that she earns a Best Supporting Actress in a Drama Series Emmy nomination at the age of 13 but that’s exactly what Millie Bobby Brown did as the mysterious Eleven in the acclaimed series Stranger Things. This talented young actress easily impressed viewers with her talent and maturity both on-screen and off. Now she is delighting and entertaining her fans and earning new admirers with her delightful turn in the title role of the Netflix original film Enola Holmes. Her take on the younger sister of the famous detective, Sherlock Holmes, has her giving us that rare look of a sixteen-year-old actress playing a sixteen-year-old character. She manages to capture that wonderful balance of her character as a young woman on the verge of womanhood but still within the grasp of youthful whimsy. Not only does Brown play the title of Enola Holmes perfectly she also serves as one of the film’s producers, proving she is as equally bright and savvy as the character she is playing. For her engaging and entertaining performance in Enola Holmes Millie Bobby Brown has been selected SpoilerTV’s Staff Choice September Performer of the Month. 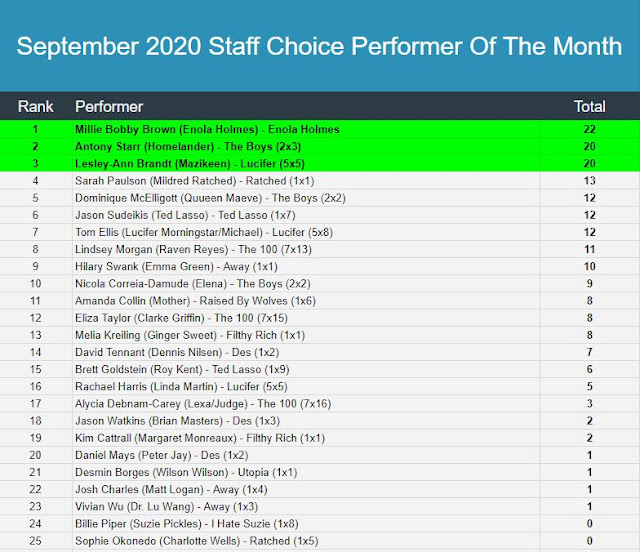 The winner articles for Alycia Debnam-Carey and Millie Bobby Brown will be out later this month. In the meantime, please feel free to use the comments section below to discuss these two worthy winners and their amazing fellow nominees.
Original:
September is normally a month of new and returning shows gracing our screens, but not this year. However, that did not stop amazing performances from entertaining us. Those amazing performances led to a strong list of performers being nominated for this round of voting. It should be interesting to see who will come out on top.
Now it's time to determine who will be our September Readers' Choice Performer of the Month. The results will remain hidden for the duration of voting. The results of this poll and the Staff voting will be revealed after the poll closes.

Now comes the hard part where you can only vote for 1 performer. The poll will be live until Wednesday, October 7th at 6 pm ET. After you vote be sure to make a pitch in the comments section for what the performer you voted for most deserves to win.