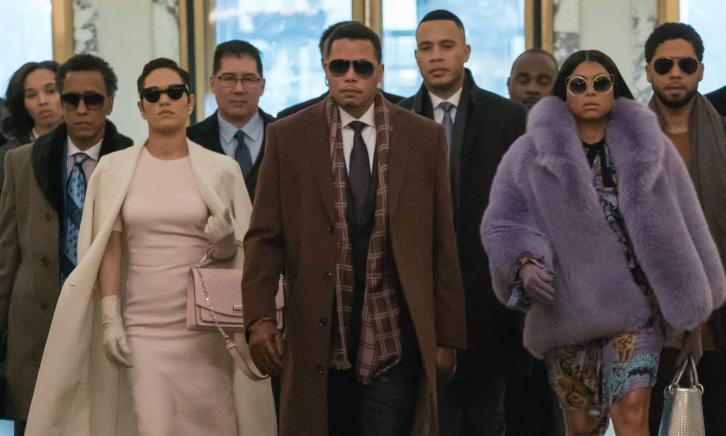 THE WAR BETWEEN THE LYON AND DUBOIS FAMILIES HEATS UP ON AN ALL-NEW "EMPIRE" WEDNESDAY, MAY 10, ON FOX

The Lyons fear that the Dubois family is to blame for their latest family crisis, so when no one is willing to give up any information, Cookie takes matters into her own hands. Jamal and Lucious reach a breakthrough in a song on which they have been working, and Andre lashes out. Meanwhile, Cookie sets her eyes on a new plan for Empire in Vegas in the all-new "Absent Child" episode of EMPIRE airing Wednesday, May 10 (9:00-10:00 PM ET/PT) on FOX. (EMP-316) (TV-14 D, L, S, V).