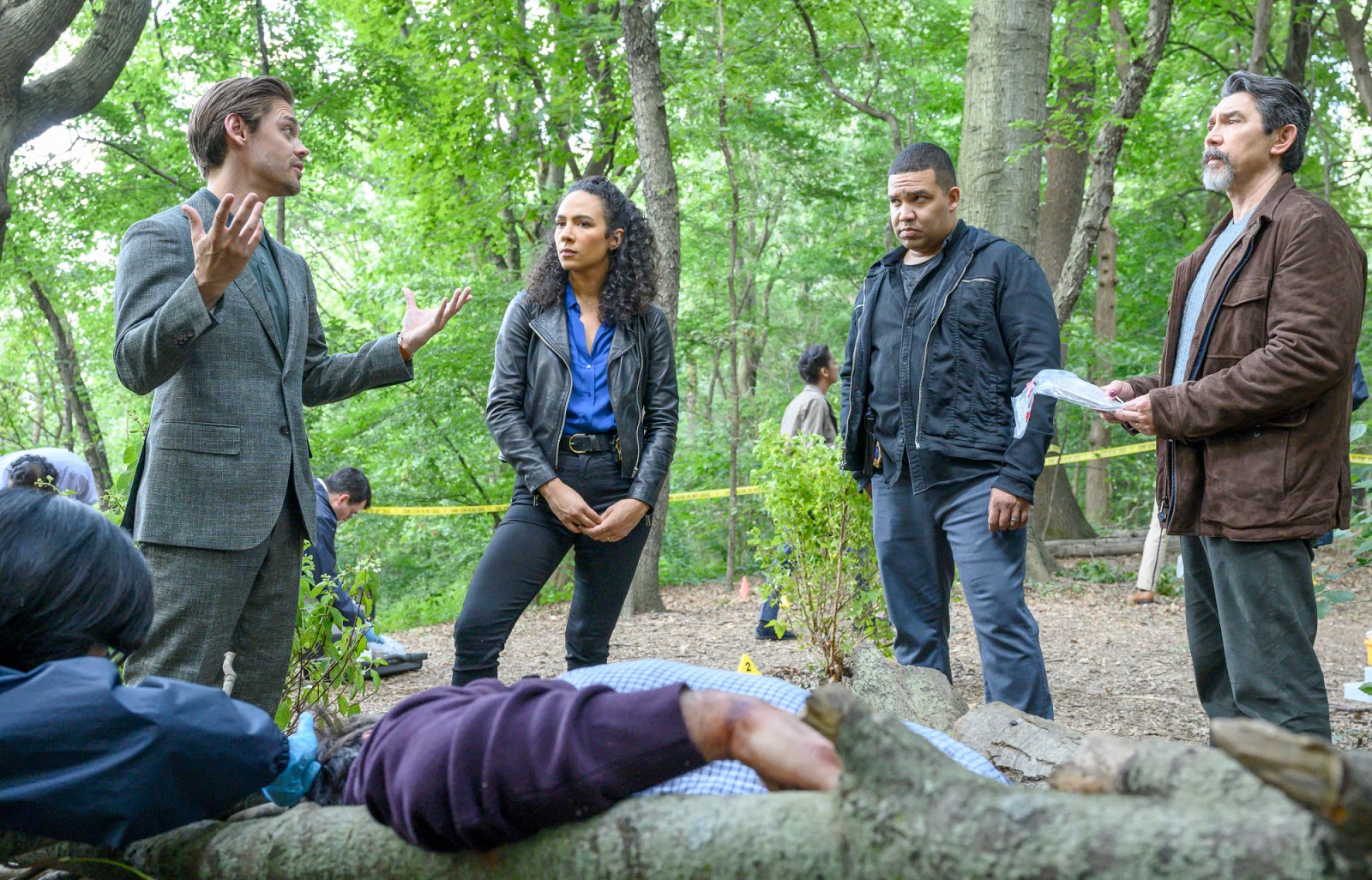 A DRUG-INDUCED HOMICIDE FORCES MALCOLM TO RE-THINK HIS FEARS ON AN ALL-NEW "PRODIGAL SON" MONDAY, OCTOBER 7, ON FOX

Malcolm gets his dream interview opportunity when the NYPD zeroes in on one of his and Martin's favorite psychologists, Dr. Elaine Brown (guest star Sakina Jaffrey), who may be involved in a homicide linked to an LSD-laced psychology trial. Meanwhile, as his night terrors continue to evolve, Malcolm checks in with his trusted childhood therapist to discuss new theories on what exactly he witnessed as a child, and the consequences of Malcolm's visits with The Surgeon begin to add up when Gil, Jessica and Ainsley catch wind that he has been seeing his father again in the all-new "Fear Response" episode of PRODIGAL SON airing Monday, Oct. 7 (9:01-10:00 PM ET/PT) on FOX. (PR-103) (TV-14 D, S, L, V)