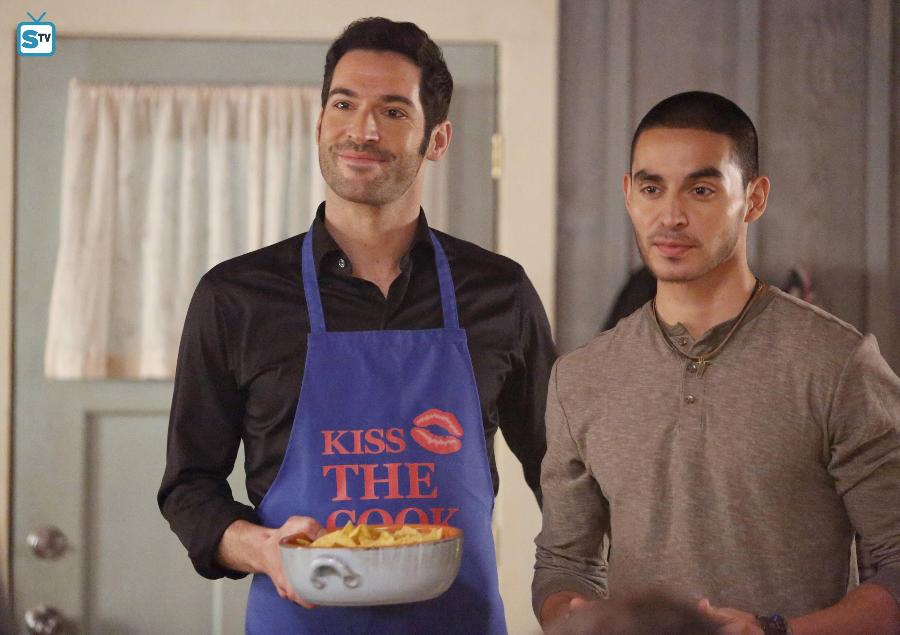 Lucifer and Chloe are tasked with solving the murder of a prominent restaurateur. When they meet his son, they suspect he played a part in the death. Meanwhile, Chloe’s mom returns home, sending Chloe’s life into upheaval, as Lucifer learns his own dysfunctional family isn’t nearly as unique as he thought in the all-new “Pops” episode of LUCIFER airing Monday, March 28 (9:00-10:00 PM ET/PT) on FOX. (L-109) (TV-14; D, L, S, V) CC-AD-HDTV 720p-Dolby Digital 5.1 [VIEWER'S NOTE: An encore of another episode will air this Saturday]