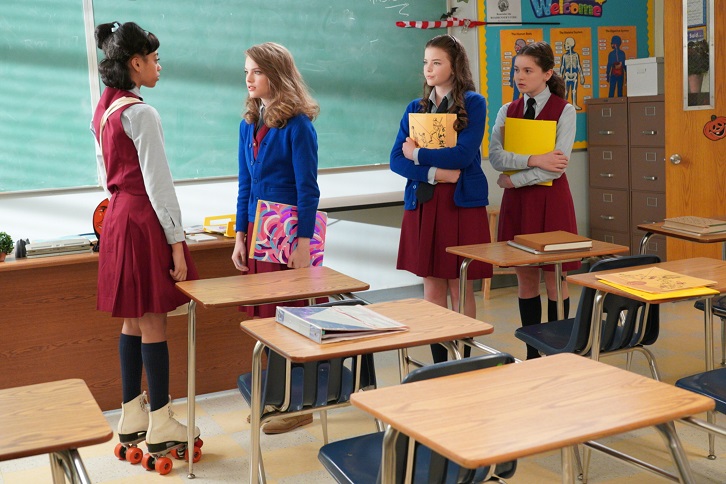 Press Release
"Girls Just Want to Have Fun" - The popular girls at school ask Rainbow to join their group Halloween costume as Tootie from "The Facts of Life." She thinks this is finally her opportunity to fit in, but Denise views the situation differently. Meanwhile, Alicia doesn't want the kids to go trick-or-treating after Harrison and his colleagues tell her about all the dangerous things that can happen, on "mixed-ish," airing TUESDAY, OCT. 29 (9:00-9:30 p.m. EDT), on ABC. Episodes can also be viewed the next day on ABC.com, the ABC app or Hulu.

"Girls Just Want to Have Fun" was written by Tim Edwards & Kevin Marburger and directed by Michael Spiller.