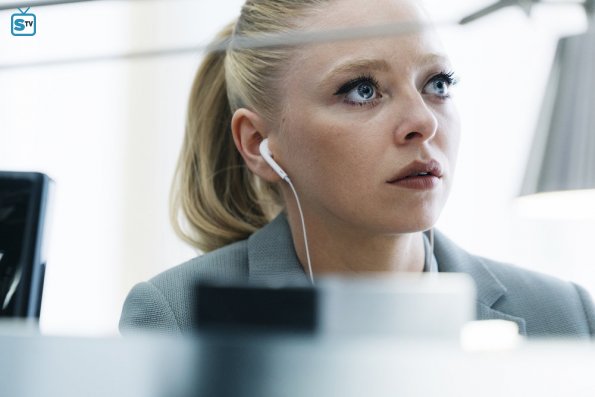 Promotional Photos
If more are released, I'll update but this is it, for now.


Mr. Robot tries to show Elliot that he can be useful; and Darlene and Angela's plan doesn't go as hoped.

Source:
USA Network
This week’s episode was shorter than the others this season, and you tweeted about the runtimes, apologizing. Why were episodes running long before?

To clarify my tweet, because I think maybe people took it the wrong way, I don’t apologize for those episodes because I actually really love those episodes, and I think everyone did a really good job. The problem was that, as a viewer, I know that if I have to watch a 65-minute episode that night — I’m talking about any great show that I love, Fargo or Game of Thrones — I know I’ll probably watch half of it and then watch the rest the next night. Sometimes it’s good to just get a 42-minute episode, so you can sit there, watch it, and bang it out in a night. That was really what was behind the tweet.

Obviously, I think people had problems with the pacing of those episodes, and that’s a very subjective thing. We in the edit bay and people I showed the cuts to, we felt very proud of those episodes. The thing I want to say about pacing is that an episode can have a slower pace and still be compelling. There are a lot of television shows that have very slow paces. It doesn’t go through a lot of story and it’s still compelling and entertaining. Obviously, that’s where we were at with our whole season this year, because we know that the pace got slower from the first season. That was by design, but we felt that we were putting out pretty compelling, entertaining stuff.

For the first few episodes of our season, those long runtimes were necessary to get through what we needed to set up for the season. There wasn’t anything we could really do, and I think we really tightened it and made it as polished as possible to set up those beats and tell those stories. Unfortunately for some people out there, it wasn’t as engaging, and for others it was. That’s the nature of the beast.

Source:
Read More on EW
“We’ll see her really struggling with having to deal with that, to go on from that,” says Grace Gummer, adding that the incident both scared Dom as well as confirmed that her investigation is on the right track. “It’s definitely a big turning point for her.”