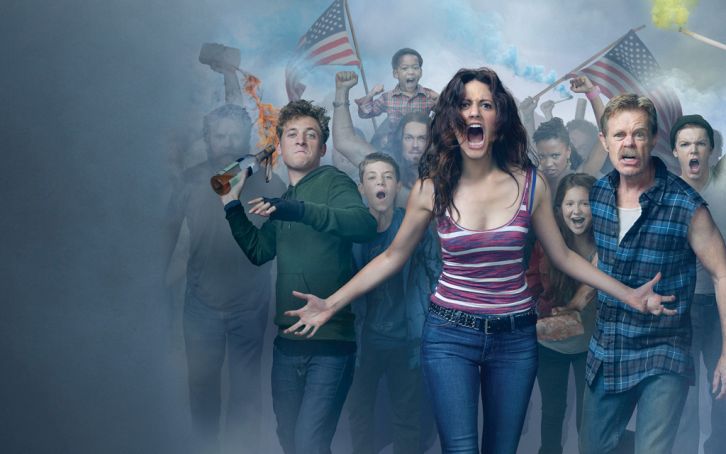 Fiona and Gus must navigate the awkwardness of their quickie wedding. But Fiona’s plans to announce her marriage at a family dinner become unraveled when her coworker, Jackie, OD’s on heroin.

Meanwhile, Frank, who promised an irate Sammi a new trailer once he got his insurance money, avoids her by staying with the still grieving family of his donor liver. Debbie continues training at Derek’s gym while Carl continues to struggle with the mathematics of selling drugs. Mickey grows more concerned with Ian’s erratic behavior and asks Lip what to do. And Lip makes the tough decision to head back to school early.

Fiona is thrown in to chaos by the return of Jimmy/Jack/Steve, but she must deal with an even larger crises first as Ian, in a full psychotic break, steals Mickey and Svetlana’s baby, Yevgeny, and takes him along on a road trip. But Jimmy is relentless in his pursuit of Fiona who, despite her recent nuptials, eventually gives in to their fiery chemistry and long history.

Meanwhile, a vengeful Sammi takes over the Gallagher house and enforces strict curfews and no amenities for Frank. Debbie starts high school where she is once again rescued by her knight in boxing gloves, Derek. And Veronica grapples with her decision to separate from Kev.

Also, Sammi’s tough love on Frank takes a near-fatal turn when she stops reminding him to take his anti-rejection meds. And Ian’s road trip is ultimately cut short by a psychotic confrontation with the police and, in the end, Ian finally commits himself to a psych ward.