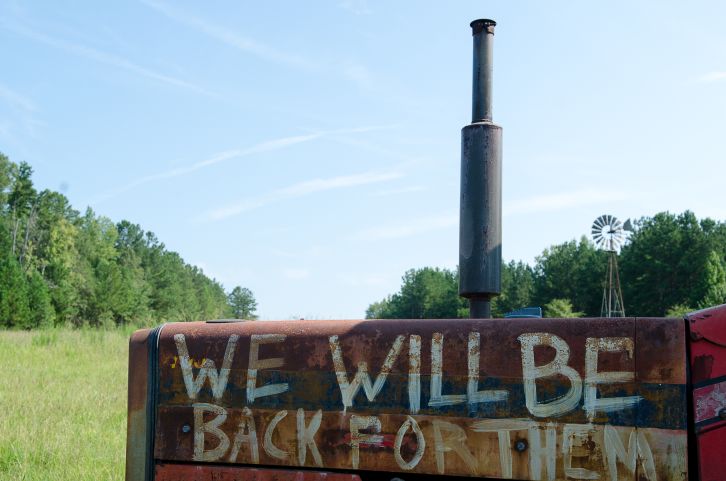 Sneak Peek 2
Thanks to Ubaydulo for the heads up. 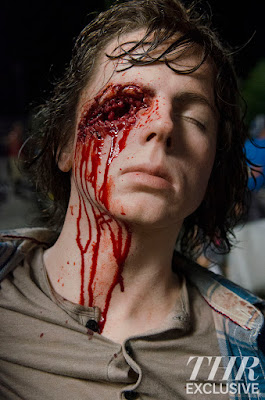 It was a night shoot and it was really late. That whole sequence is really dark and brutal. The whole thing with Jessie and Sam was crazy. With her hand getting chopped off everything was crazy. The fun part was the whole turning around and revealing that my eye was gone.

How long will Carl be out of commission? In the comics, he's out for a long time but here, he squeezed Rick's hand.

We'll have to see how quickly the story ends up progressing. Hopefully Carl will be back up on his feet soon.

How different will the new Carl be? In the comics, he's much more hardened but that's already happened a lot here.

It's a big thing for him, especially since originally in the scripts it wasn't just a stray shot from Ron. It was very quick when we shot it; it was Ron aiming the gun at Rick and Carl standing up and taking the bullet for Rick and essentially saving Rick's life. They edited it in a different and more innocent way, which is really cool. It'll be cool to see how it ends up turning out.

Source:
Read More on THR
What was your reaction when you found out about Jessie's storyline?

We were at a cast dinner in L.A. and I was chatting about where I was looking to find an apartment and showrunner Scott Gimple said, "Oh, I should talk to you about that." We had a meeting a few weeks later and he told me it was happening and which episode. I was super bumped because it's the best set I've ever worked on with the most fun creative, supportive team of people. I didn't want to get killed off.

Did you make a plea or a pitch to have Jessie stick around?

I sent Scott an email and had a pitch for how he didn't have to kill Jessie. It wasn't totally serious and said, "Her children get killed, Sam is eaten and Ron is killed trying to kill Rick — and Jessie leaves the group and you don't find her for another year and a half when you see her in season seven or eight and she's a crazy feral woman." (Laughing) I thought it was fun. It was a more interesting direction than standing there in shock and getting eaten herself.