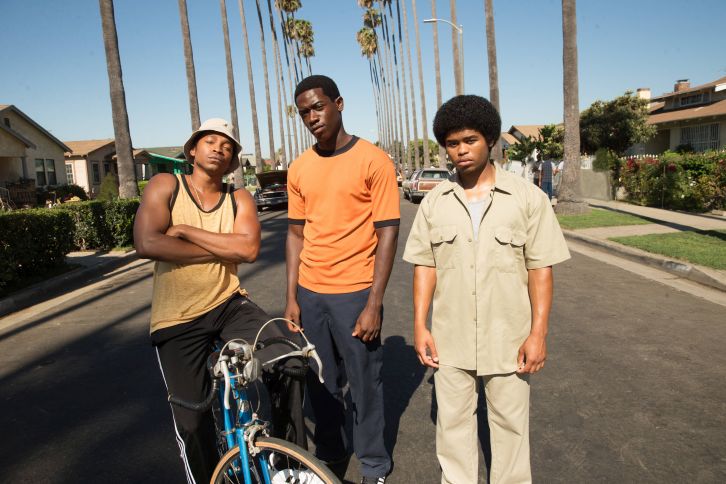 New Promo - No Was Not an Option

“No” was not an option. #SnowfallFX, FX’s new original series, premieres July 5. pic.twitter.com/UGbmjqp9Lh

The storm is coming. Get a FIRST LOOK at FX’s new original series with the cast and crew. pic.twitter.com/g0RBNqzWdf

New Teaser Promo - The World Is What You Make It

The world is what you make it. Brace for #SnowfallFX July 5 on FX. pic.twitter.com/myAq9EHmZ6

A storm is coming. #SnowfallFX premieres July 5 on FX pic.twitter.com/qJwwJi8gcm

New Promo - Witness
Thanks to krsk for the heads up.

LOS ANGELES, May 8, 2017 - Snowfall, the new FX drama series about the start of the crack epidemic in Los Angeles, will premiere on Wednesday, July 5 at 10 PM ET/PT on FX.

Los Angeles 1983. A storm is coming and its name is crack. Snowfall is a one-hour drama set against the infancy of the crack cocaine epidemic and its ultimate radical impact on the culture as we know it. The story follows numerous characters on a violent collision course, including: Franklin Saint (Damson Idris), young street entrepreneur on a quest for power; Gustavo "El Oso" Zapata (Sergio Peris-Mencheta), a Mexican wrestler caught up in a power struggle within a crime family; Teddy McDonald (Carter Hudson), a CIA operative running from a dark past who begins an off-book operation to fund the Nicaraguan Contras and Lucia Villanueva (Emily Rios), the self-possessed daughter of a Mexican crime lord.

Change begins with a single step. #SnowfallFX premieres this Summer on @FXNetworks. pic.twitter.com/mCxn5WZjyx

Teaser Promo - Freedom
Thanks to krsk for the heads up.

1983. South Central. A storm is coming. Brace for #SnowfallFX in Summer 2017 on @FXNetworks. pic.twitter.com/UGK9qnHk3I