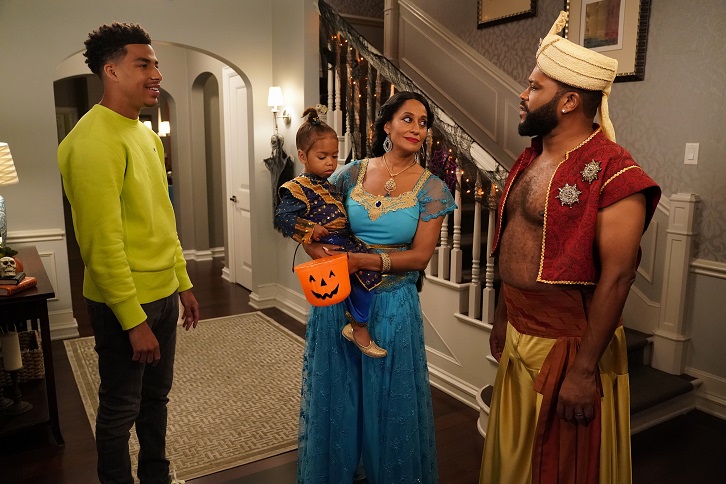 Press Release
"Everybody Blames Raymond" - Halloween is around the corner and the Johnsons are definitely not seeing eye-to-eye on THE FAMILY costume. The only thing they do agree on is that Jack's new friend Raymond has got to go. Meanwhile, Junior wants Devante's first trick-or-treating experience to be perfect on "black-ish," TUESDAY, OCT. 29 (9:30-10:00 p.m. EDT), on ABC. Episodes can also be viewed the next day on ABC.com, the ABC app and Hulu.

"Everybody Blames Raymond" was written and directed by Kenny Smith.