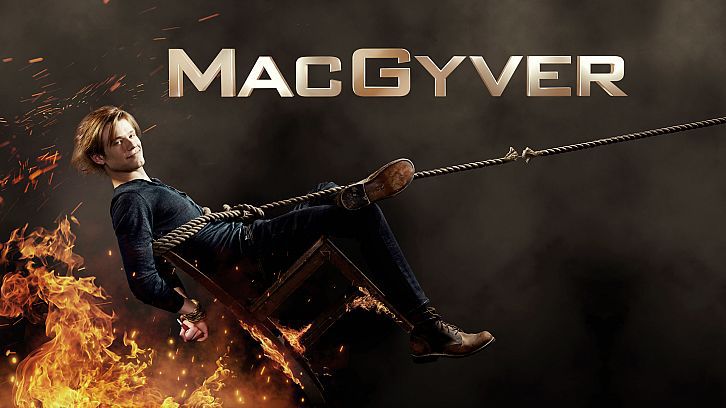 Mac is back! You heard it right, MacGyver is back on our screens starring Lucas Till (X-Men), Tracy Spiridakos (Revolution), Tristin Mays (The Vampire Diaries), and George Eads (CSI). all great actors but I was a little taken back when it was announced that Till would be playing Macgyver as he was only 25 while filming and I thought that was too young for Macgyver. 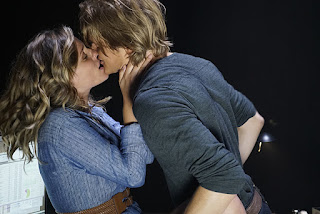 The pilot jumps right in with the introduction of the characters and their mission in Italy; we start with Nikki; a senior analyst and MacGyver’s girlfriend. Then Jack; MacGyver’s best friend who always has his back. We then get to meet the star of the show Angus MacGyver, or ‘Mac’, who is already getting stuck into the job by wiping soot off his car exhaust for later. There’s a few scenes and items which pay homage to the original series like having his red Swiss Army Knife. After getting busted for having the knife in his pocket, we get to meet his boss; Patricia Thornton (played by Sandrine Holt).I didn’t particularly like Sandrine’s acting, she didn't bring out the character and it felt like there was nothing in her performance.

Within the first 10 minutes, we already see how well Mac can use his knowledge to get him out of sticky situations. One scene that I liked particular was where he had to improvise to get a hand print for the scanner. It really showed what MacGyver is about and that he can literally use the dust to make something work. However, while that is happening Jack has a visit from security. He tries to take a selfie with the guard but elbows him instead, I’m not sure if the writers are trying to add humor but it was very cheesy (pun not intended). 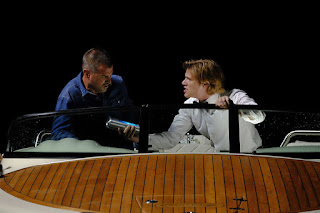 After they get what they came for, the action starts to happen with a boat chase between Mac/Jack and Security. Mac decides the let the boat do a 360 and crash into the other, while they jump out. The special effects are amazing, a lot better than the original series but there is a 30-year gap from when it came out. It makes the show a lot more modern and I think it will draw in a young crowd.


The next scene shocked me the most, for 2 reasons;

1) Vinnie Jones is on the screen!
Vinnie makes an amazing bad guy and his acting was on point. I really loved his character as there wasn’t much given away about who Kendrick was and where he came from.


2) Nikki and Mac get shot.
When I see that Nikki died, I thought it was way too early to kill off a character but seeing the whole story, it has set up the story very nicely.


The next time we see Mac, it’s 3 months later and he is running up a hill and has a PTSD flashback of the night Nikki died. It then cuts to him picking up the famous rocket over his shoulder and meeting his flatmate Wilt Bozer. We find out that Bozer has no idea what happened that night and what Mac does as a living. He thinks that Nikki died in a car crash. One thing that I would like to see later in the series is Bozer finding everything out and how he reacts to it. I’m not sure if it is just me but the episode gets a bit boring from now until the end.

Mac is in the shower and there a small foreshadowing scene of him teaching Nikki how to open handcuffs with a bobby pin. I liked how that came into play at the end as at first i thought the scene was a filler. Thornton is asking Mac to come back to work as the DXS has received an SOS video from researchers. It looks like they are suffering from some kind of virus. I liked how this tied in with the start of the episode and that it is the biological weapon Mac was sent to get from Italy. The DXS has a problem all the info they need is on Nikki’s laptop but they cannot get through the firewall. Jack knows just the girl who can retrieve the info. 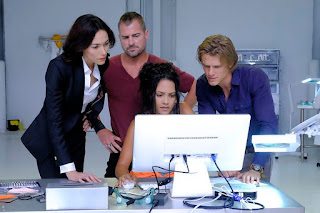 We next meet Riley Davis, A hacker who is in California Supermax Prison because she ‘did something help someone knowing it would hurt her’ but she would do it all over again any day. The next few scene was a turning point for the episode, Riley hacks into Nikki’s laptop, and find Kendrick on the West Coast, along with some of the other buyers that was in Italy. The team head off to San Francisco in search of Kendrick, Mac sets off the fire alarms and ends up bumping into the least likely person...Nikki! 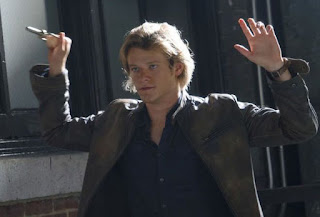 This is where the episode beings to get interesting and catches my attention again. Kendrick is kidnapped by Mac, Jack, and Riley. We hear that Nikki took a deal from him .The virus for $5 million into a bank account for her mother. Riley calls Nikki from Kendrick's phone and finds she’s is 10 minutes away at an airport. The episode gets better and better when the action starts, Mac jumps into the plane and cuts the landing gear.


Mac and Nikki meet for the first time since the day in Italy and there is obviously some underlying feelings from both sides of the party. The virus is not on the plane and she's already sold it to Benjamin Chen. They jump into a helicopter to go find his truck and find that the virus is strapped to a bomb. Mac’s background in bomb disposable comes in useful when he has to try and stop the virus going airborne. However, all the wires are green and he picks the wrong one which starts the bomb countdown! The guy from the front tries to stop him from taking the virus and Jack drops a gun into the truck to take out the guy. Mac takes the virus and builds a parachute from the canvas top and lets the truck blow up. 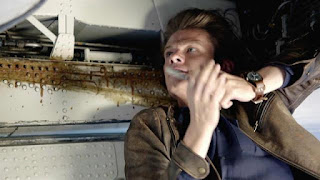 The team all meet up at Mac’s place and Thornton announces that the DXS is being closed down but being moved to a new place and they are allowed to name it. Mac chooses the name Phoenix as it reminds him of the team.

“The phoenix rose from ashes, stronger than it ever was. That's us’ 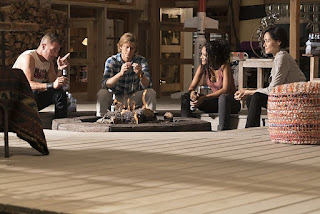 The last scene really left me wanting more. Nikki is in a government car which goes through a tunnel only to come out without Nikki, only leaving her bobby pin on the floor. This is a nice cliffhanger to end the episode on.


Overall, the pilot was good, it was not as great as the original but not many reboots have had success. There are a few scenes that are phenomenal and really brought out the story line and where it is heading. At the beginning, I thought he would be too young to play MacGyver and wouldn't be up for taking on such a big role. I still think this after watching the episode as his acting was very plain and bored me. I would like to hope that he grows on me as the series progresses. It was very modern which may put people off if they liked the original but there are things like the (terrible) over-talk and using his knowledge that made it feel like the ‘MacGyver’ we all know and love. The one thing I would like in the upcoming episodes is to see more of everyone's backstories.


What did you think of the pilot?; Did you think it was better or worse than the original?

About the Author - Daynah Wheatley

Daynah is a film production student and a lover of all things sifi. Some of the shows she likes are; Wynonna Earp, Jessica Jones, Mr. Robot and Orphan Black. In her spare time she likes to watch TV, play bass, and writes theories and analyses on her soical media about her favourite shows. She will be reviewing Macgyver, Still Star-Crossed, No Tomorrow and Class.
Recent Reviews (All Reviews)