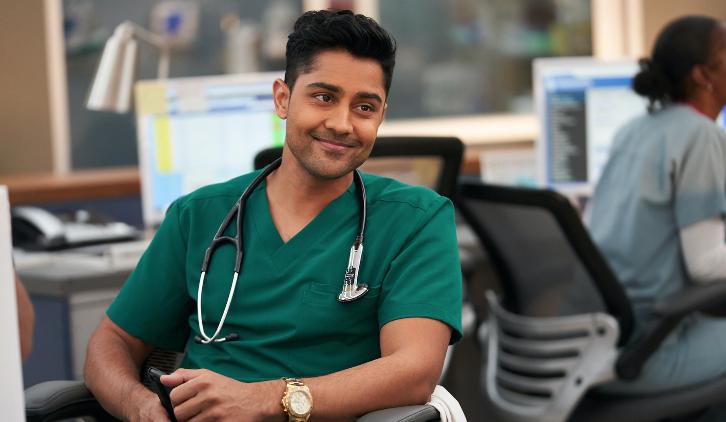 Press Release
CONRAD AND NIC LOOK BACK AT THEIR HISTORY TOGETHER ON AN ALL-NEW "THE RESIDENT" MONDAY, OCTOBER 8, ON FOX

Nic and Conrad contemplate their past when they team up to diagnose a happy husband and wife who are both admitted to the hospital with mysterious symptoms. Bell and Marshall butt heads on a work trip when their cut-throat business tactics don't align. Meanwhile, AJ turns down a request from Bell despite Mina's forewarning, Devon continues to gravitate to medical device rep Julian (guest star Jenna Dewan) and the staff gears up for Conrad's three-year anniversary at Chastain in the all-new "Three Words" episode of THE RESIDENT airing Monday, Oct. 8 (8:00-9:00 PM ET/PT) on FOX. (RES-203) (TV-14 D, V)