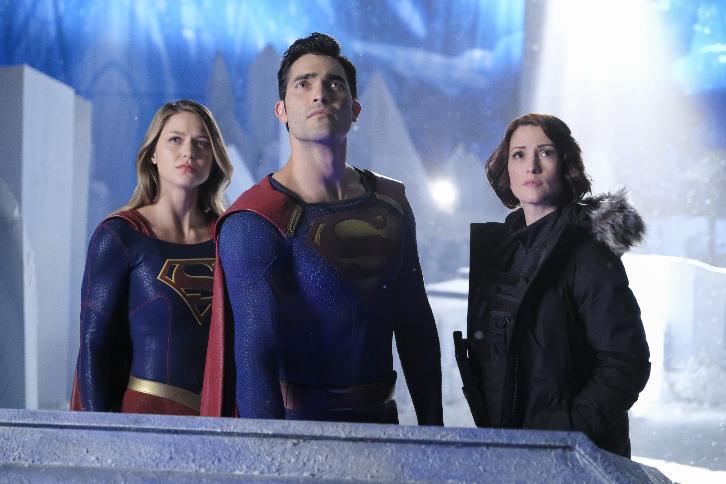 Katie McGrath Interview
Thanks to Ivan for the heads up.


ENTERTAINMENT WEEKLY: Lena has come dangerously close to learning the truth about Supergirl’s identity. Will that come to fruition during the finale?

KATIE MCGRATH: I kind of hope you don’t. Part of the fun is the fact that she’s one of the only people who doesn’t know, and that gives their relationship something different than she has with anybody else. With Lena, Kara can just be Kara; she can be Kara Danvers, not the superhero. She doesn’t have this weight and this responsibility on her. All she has to do when she’s with Lena is be a good friend. So I hope you, in a way, never see it, because what you have between the two is a very equal relationship. Lena doesn’t have to be this powerful corporate leader, she can just be a flawed human being, and so can Kara. The longer that you don’t ever see that, to me, the better.


Promotional Photos
Thanks to Phun and Anon for the heads up.

Poster
Thanks to Phun for the heads up.


EW can exclusively reveal that the season finale will be titled “Nevertheless, She Persisted,” per executive producer Andrew Kreisberg.

The title is inspired by Senator Elizabeth Warren’s refusal to be silenced during the debate to confirm Senator Jeff Sessions as Attorney General. Warren spoke out against him, reading a letter by Coretta Scott King, during which she was interrupted several times before a vote was called to effectively silence her.