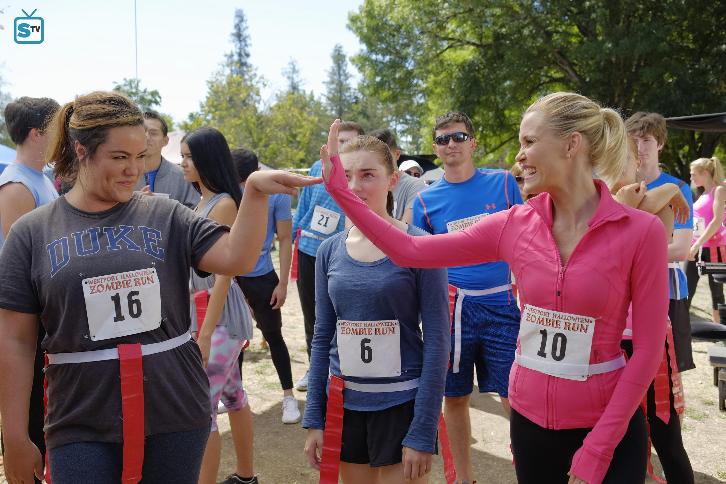 “Westport Zombies” – Katie, jealous of Taylor’s friendship with neighbor Viv (Leslie Bibb), reluctantly competes in the Westport Halloween “Zombie Run” after she finds out they’ll both be running. Meanwhile, Greg and Anna-Kat get a little too much in character for the “zombie” part of the run’s obstacle course, on “American Housewife,” airing TUESDAY, OCTOBER 25 (8:30-9:00 p.m. EDT), on the ABC Television Network.

Leslie Bibb is a recurring guest star as Viv.

“Westport Zombies” was written by Julie Bean and directed by Chris Koch.