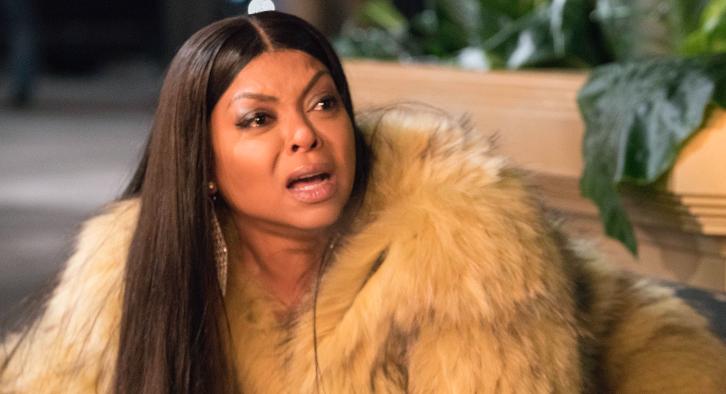 
What went into the decision to kill off Tariq in this episode? Why was the right move?

Leah is not straight-forward, so suffice to say that this isn't simply Leah killing Tariq. This is part of a larger plan on Leah's plan. She's had mixed feelings about Tariq all along. He's the bastard child so she dislikes him, but she tolerated him for a moment. But we certainly have teased the idea that Leah has a homicidal nature to begin with. She's wanted to kill various members of the Lyon family, but one in particular. And there will be a connection.

Fox just announced that Empire will move to 8 p.m. next season. How concerned are you about not getting to do some of the racier scenes like Cookie with the baseball bat at an earlier hour?

Firstly, nobody has said to me, "You're going to have to tone it down and make it a more family friendly show," or whatever it is 8 o'clock seems to mean to some people. I don't believe that's the case by any means. I can't imagine that anybody would ask us to do that. Empire is Empire, and I think that we're going to continue to make our show. Fox does the programming, we do the storytelling and I think we're still all on the same page about what the show is.

THE DRAMA GETS EXPLOSIVE ON PART TWO OF THE ALL-NEW SEASON THREE FINALE OF "EMPIRE" WEDNESDAY, MAY 24, ON FOX

As Lucious gets ready to launch EMPIRE Las Vegas with Giuliana at his side, Cookie pulls together her own team of allies to wreak havoc on the opening. The final five minutes will leave viewers speechless in the second half of the all-new, two-part "Toil and Trouble, Part 2" season finale episode of EMPIRE airing Wednesday, May 24 (9:00-10:00 PM ET/PT) on FOX. (EMP-318) (TV-14 D, L, S, V)