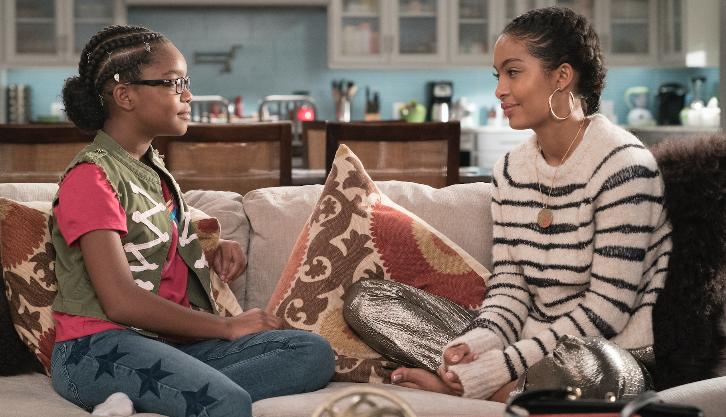 DIANE EXPERIENCES A BIG LIFE EVENT, WHILE DRE CHALLENGES JUNIOR TO A BASKETBALL GAME FOR THE AGES, ON ABC’S ‘BLACK-ISH’

“First and Last” – Diane experiences a big life event toward becoming a woman and Bow, Ruby, Zoey and Alicia are there to support her. Meanwhile, afraid that he may never be able to beat Junior at basketball again, Dre conducts psychological warfare on Junior before challenging him to a game, on “black-ish,” TUESDAY, NOV. 7 (9:00–9:30 p.m. EST), on The ABC Television Network.

Guest starring in this episode are Anna Deavere Smith as Alicia, Jeff Meacham as Josh and Nelson Franklin as Connor Stevens.

“First and Last” was written by Laura Gutin Peterson and directed by Linda Mendoza.