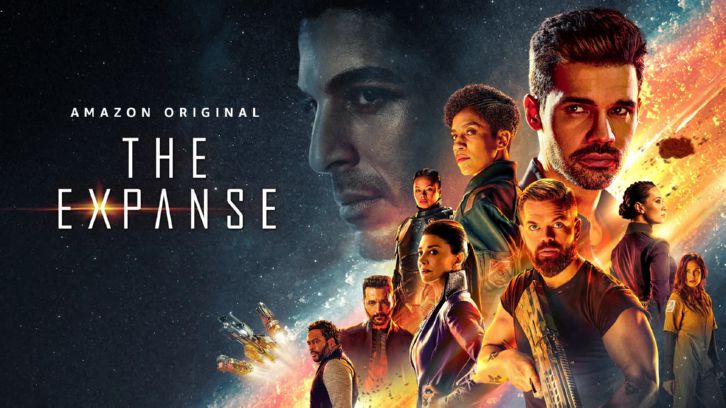 Season 1 of The Expanse was, for the most part, an immersive and superbly written adaptation of one of the most gripping sci-fi novels of the past decade. However, if there was one complaint to be had, it was that it felt far too often bogged down by dense exposition necessary as it was to understand the rich and expansive world of The Expanse. It wasn't until the very end of the season did we truly start to feel like the show would get unrelentingly exciting.

The premiere of season 2 did not disappoint. It gave us all of what made season 1 great, but now that we are familiar with the world of The Expanse and the characters that inhabit it, there wasn't a minute that felt bogged down.

Book reader's fan favourite, Bobby Draper, makes her debut in the show to kick things off and through her we see what life is like for those living or born on Mars. Bobbie is a rough and tough lieutenant who dreams of a day when her home will be terraformed similar to how Earth had always been. Throughout the episode we see Bobby as someone who provides plenty of excitement to the narrative with her badassery, but also some of the best character moments as we see the torment that living a life on a lesser planet in Mars has on her psyche. Will she become more inclusive as the season progresses?

One of the better character dynamics we never got to see enough of in season one was Miller with the crew of the Rocinante. After being separated from the crew on Eros, shortly after joining them, we finally get a whole two episodes to see him interact with the ragtag group of heroes, and the dialogue that comes out of it is wonderful.

The detective's conflict with Amos was one of the tenser moments of the premiere. Amos' unforgiving brutality as he man handled Miller was frightening. Is this a man to be trusted? However, in a very profound scene after, which sees some bonding between Naomi and Miller, the XO of the Rocinante defends Amos calling him misguided, but not evil. She is Amos' guiding star like Julie is to Miller who, in many ways, is not too far off from Amos as he himself is cold enough to make the hard choices no one else would.

One of my most favourite moments of the episode though was when the whole crew bonded over lunch and their laugh over Miller's story of the cheese thieves. The highlight moment being Miller at the table as he motioned to Amos to let him sit down beside him, and Amos moving the crowbar aside to allow him. There is a growing sense of a tight knit family here, where sometimes even the most volatile differences can, not necessarily be forgiven, but easily put into the past. Miller and Amos may never see eye to eye; however, for the sake of the crew, the family, they are able to put their differences aside and work together.

Amidst all the quieter character moments, The Expanse also excels in its space action, which were some of the most breathtaking sci-fi battles I've seen on a screen in quite a while. The moment when the Rocinante is unloading its railgun on the enemy ship was simply glorious and it gave this writer a splattering nerdgasm.

The premiere continued telling a thoroughly immersive story setup in season 1, with some poignant human centric science fiction at the heart of it all. Breathtaking action mixed with the right blend of humour, intrigue, and mystery make The Expanse inarguably the best science fiction on television since BSG.

*Fred Johnson is one bad MOFO. In his defining moment of the premiere, we see him throw a renegade belter out a airlock, after the man tried to disrupt his plea to the other belters to join his cause against the space station.

* Avarasala shows us the politics that occurs on Earth as they try to out strategize Mars for control over the belt amidst all the chaos caused by the protomolecule and Eros. I find her voice to be quite grating and unfortunately her storyline is crucial to The Expanse - we will only be seeing more of her as she out maneuvers those trying to assassinate her.

* Miller on the transport ship on the way to the enemy space station was too funny as he couldn't even get a hold of his helmet. Even funnier, was Alex's guilt ridden speech to Amos, only to find out his mate had already walked away.

*That ending would have been shocking if I didn't read the book, but in it we really do see the parallels between Miller and Amos. Him being able to shoot a man, albeit an evil homicidal maniac, in cold blood makes him more similar to Amos than different, and the premiere did a great job at getting that point across.