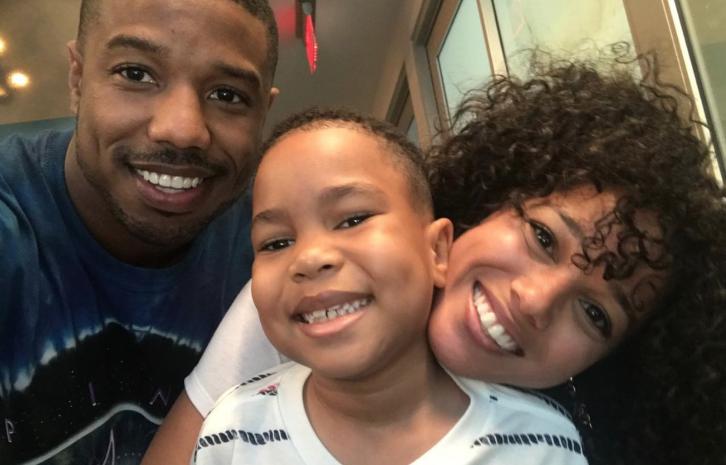 Raising Dion follows the story of a woman named Nicole Reese, who raises her son Dion after the death of her husband Mark (Michael B. Jordan). The normal dramas of raising a son as a single mom are amplified when Dion starts to manifest several magical, superhero-like abilities. Nicole must now keep her son’s gifts secret with the help of Mark’s best friend Pat (Jason Ritter), and protect Dion from antagonists out to exploit him while figuring out the origin of his abilities.

#Shadowhunters alum @WainwrightAE will star in #RaisingDion as Nicole Reese, a recently widowed single mother who, following the death of her husband (played by @michaelb4jordan, who also produces), discovers her intelligent son Dion (Ja’Siah Young) can movie things with his mind pic.twitter.com/KyT83p4B3C

Some personal news: My life partner @michaelb4jordan and I are excited to announce the leads for Raising Dion, Ja'Siah Young and Alisha Wainwright. pic.twitter.com/peJiT6d8ju

Newcomer Ja’Siah Young will star as ‘Dion Reese,’ a curious, playful, and intelligent 7-year-old boy who is learning he has some very special abilities - he can move things with his mind. While exciting and cool, it's also something he knows scares his mom, Nicole.

Alisha Wainwright (Shadowhunters: The Mortal Instruments) will star as ‘Nicole Reese,’ a former professional dancer who gave it up to raise her son Dion when her husband Mark died. Although Nicole is completely overwhelmed by raising her son alone while dealing with the loss of her husband, she is still effortlessly cool and maintains a positive outlook on life for Dion. As Dion’s abilities become more and more apparent, Nicole’s protective nature heightens as she starts to fear for his safety.

Raising Dion is the brainchild of commercial and music video director Dennis Liu, who directed the short film, which became a viral sensation. Carol Barbee will serve as showrunner/executive producer and wrote the script for episode one.


Simon will play Kat, a surgical resident and Nicole’s sister. Easy to say, she’s the one that has her life together, and can’t help but correct Nicole on her life and parenting. All in all, she’s a wonderful and supportive aunt and sister, but has a hard time biting her tongue as she watches her sister make mistakes.