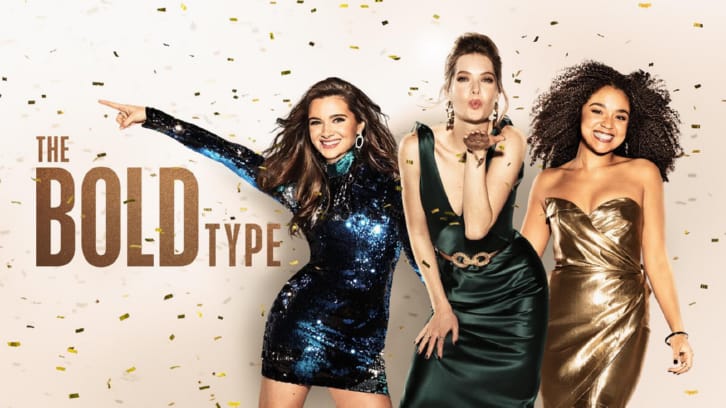 SET TO RETURN FOR A FIFTH AND FINAL SEASON


Today, Freeform announced that the critically acclaimed series “The Bold Type” will return for a fifth and final season. A signature hit for the network, the series will celebrate Kat, Jane and Sutton’s journey in the farewell episodes set to air later this year. Nikohl Boosheri will also recur as fan-favorite character Adena El-Amin later in the season. A video announcement with the cast is available HERE.

“’The Bold Type’ is a brand-defining show for Freeform. It’s been refreshing, relatable and fun to watch Kat, Jane and Sutton lean on their friendship to navigate the complexities of modern life,” said Tara Duncan, president of Freeform. “It’s one of my favorite shows, and I am proud that we are giving the series the sendoff Wendy, the incredible cast and crew, and the beloved fans all deserve.”

“It has been a joy to watch Kat, Jane and Sutton live out their lives on screen over the last four seasons and become an inspiration for so many young women along the way,” said Universal Television president Erin Underhill. “This show will always hold a special place in my heart for its authenticity and ability to provoke meaningful conversations with each episode. I want to thank Wendy Straker Hauser and all the writers for telling these amazing stories that will undoubtedly live beyond the pages of Scarlet Magazine.”

“‘The Bold Type’ has been a gift that has truly changed my life. I spent my twenties in New York City working in magazines, so in many ways the show feels very personal to my experiences,” added showrunner and executive producer Wendy Straker Hauser. “I have truly loved writing this show and living in this world. I will miss it terribly, but I am so grateful for the opportunity and glad to know it’s been a comfort to so many people out there.”

Season four of “The Bold Type” left Kat, Jane and Sutton at their limits, both personally and professionally, at Scarlet Magazine. In the final season, our trio is on the brink of defining who they really are and how best to leave their mark on the world. Their futures are bright, and their love and support for each other will never change.

Consistently named as one of TV Guide’s “100 Best Shows on TV,” the series has been heralded in the media as “charming,” “heartfelt” and “affecting” with its focus on relevant topics and friendship goals. Fans all over the world have praised the series for its timely and impactful storylines that connect with viewers on a personal level.

It appears that Freeform have quietly renewed The Bold Type for a 5th Season. As noticed on the Writers Guild website, we were sent this which seems to confirm that a 5th Season is now being prepared.

We'll post the official press releases when it's released. 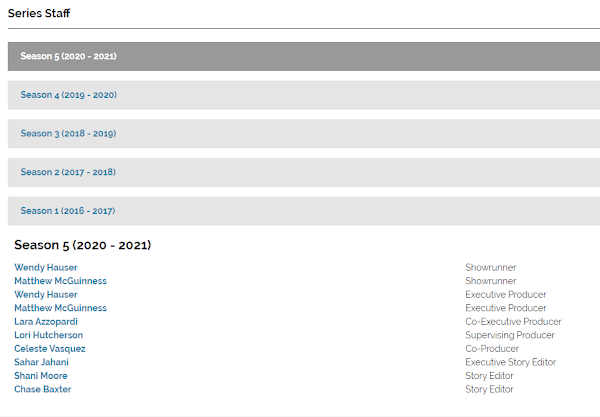