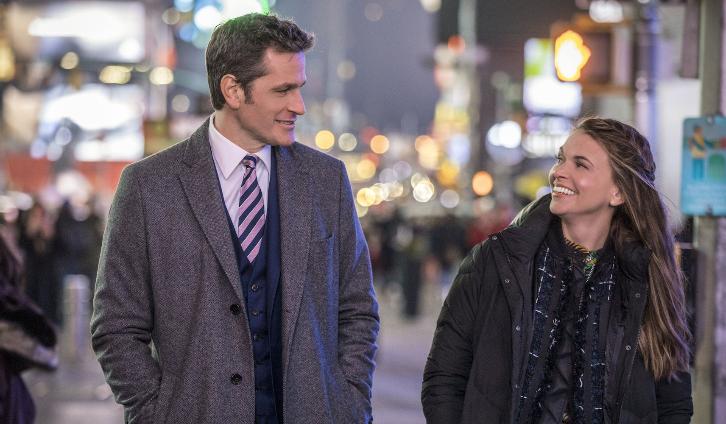 Promotional Photos + Synopsis
Thanks to Mitchell Green for the heads up.

New York, NY - March 21, 2018 - After a record-breaking season, TV Land revealed - via a unique interactive video - that its critically-acclaimed series "Younger" will return for season five on Tuesday, June 5th at 10pm ET/PT. "Younger" fans can find the highly-anticipated premiere date hidden within a sneak peek video of the new season using an interactive 360-degree interface. In the video, fans can toggle between sitting with the cast as they read a scene from the upcoming season, to standing on the "Younger" set, watching the finished scene. In the scene, Liza shares the good news with Kelsey that their soon-to-be-released book, Marriage Vacation, is a Reese Witherspoon Book Club pick, and Josh joins the conversation and is greeted by Liza for the first time since his wedding in Ireland.

This season, series star Miriam Shor will make her television directorial debut with an episode to air in July and, as previously announced, Charles Michael Davis ("The Originals"), who plays Kelsey's ex and work rival, Zane Anders, has joined the cast as a series regular.

The most recent season of "Younger" was the highest-rated and most-watched season in series history, and the series ranked as the #1 original ad-supported cable sitcom with women 18-49 and women 25-54. From "Sex and the City" creator Darren Star and starring two-time Tony(R) winner Sutton Foster, Hilary Duff, Debi Mazar, Miriam Shor, Nico Tortorella, Peter Hermann, Molly Bernard and Charles Michael Davis, "Younger" follows Liza, a woman who lies about her age at her job in the highly competitive world of publishing. As Liza's personal and professional lives have become irreversibly intertwined over time, keeping the secret proves more and more difficult, and she finally reveals the truth to Kelsey, her friend and partner at work. Still, Liza must keep up appearances, as she is torn between her attraction to her boss and the fact that their professional relationship was built on a lie.