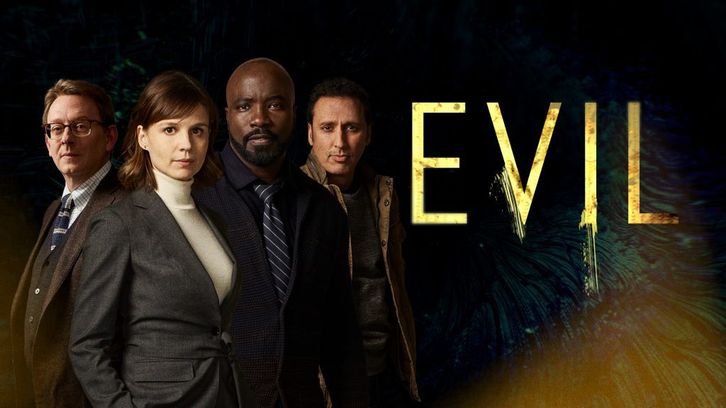 Thursday's finale told us a lot of things but left a lot of questions in its wake. Too many. I like a nice cliffhanger as much as the next person, but I think in this case there was one too many. Possibly two.

Still and all, the things we did learn were both fascinating and frightening. There is a link to many of the potential possessions the gang investigated throughout the series to a local fertility clinic. Devil Child (the boy most likely killed by this parents) was conceived there, as was the lost child that caused its mother to seemingly became possessed and whose husband tried to pin the murder of three young boys on her. And those are the ones we know about!

Thursday’s Possession of the Week was brought to us by Dr. Boggs, who claims not to believe in possession except I think he secretly does. He has a patient who thinks that one of her unborn twins is possessed. Could Ben and Kristen and, I’m sorry, who are you, look into it? It was funny to finally have a couple of people acknowledge that they have no idea who Ben is or what he does. Poor Ben! At least the Bouchard girls think you’re Magnificent. As they leave Boggs’s office his admin calls Leland and gives him an update on who was at Boggs’s office and what they were doing. She has no idea who Ben is, either. Looks like Leland is getting his in tentacles in everywhere.

Eleanor’s children are a boy and a girl until the baby is born. As in, singular. Just the one, the boy Eleanor thinks was possessed. But where is her little girl? It seems like the little guy “absorbed” his sister in utero. It’s called Vanishing Twin Syndrome but, as Eleanor shouts at the doctor, ”Just because you have a name for something doesn’t mean it’s not insane!” 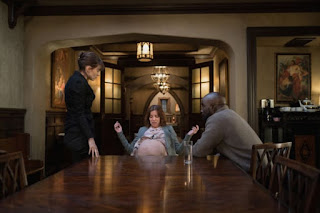 I like it, and it seems appropriate for the series. I think that should be the series’ tagline: Evil: Just because you have a name for something doesn’t mean it’s not insane! Perfect.

We never see Eleanor in the episode again, but I hope they let us know what happened to her and little Devil Baby Jr., or whoever.

The revelation about the babies and the fertility clinic is an interesting twist and moves the series in another direction. So, you have these "evil" babies. How do you know for sure they're evil and what do you do about it? About them? The possibility of Lexis being a part of that darkness points the story closer to the Bouchard home. She has already said she’s had conversations with her mom that Kristen doesn’t recall and almost let the Devil Therapist into the house. He seemed to know her and expected Lexis to know why she should let him in. A hallucination or a nightmare? Maybe. Fortunately, she didn’t do it, and instead fell asleep/collapses in the living room. I thought Laura might have been a better possession candidate because the whole spontaneous healing thing, but it looks like the writers have chosen another loud Boussard child. One thing I do not want to see is every other episode next season being about either possessed children or the fertility clinic. That being said, does anyone wonder who's the father? 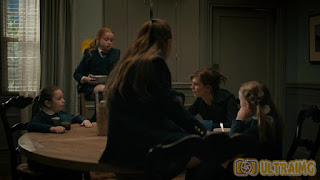 Remember when Kristen was rational, back at the beginning of the season? Now she’s all over the place emotionally, panicked and paranoid about her children (now Lexis in particular) and trying to find the best ways to protect them from, well, evil. She’s got Orson LerRoux watching her kids get on the bus in front of their house and then calling her to talk about all of the awful things he wanted to do to them but won’t anymore because he’s a Christian, and Leland still in the picture via her mom. Plus the general office evil that she faces every day at work.

In an effort to make her home safer Kristen asks Ben to make it “a fortress”, which he does with new locks and an alarm system. Ducks! Kristen is thankful, but I think she also needs to invest in some crucifixes for the doors and windows as well. And motion sensors. And video surveillance.

Did anyone notice that despite all of the things Ben did to the main house, he seems to have forgotten her office? She still doesn’t have a lock on her office/garage door? Not even a chain, nothing! Every time there’s a scene in her office I check all the locks on my doors. 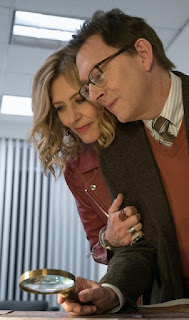 We really need to talk about Sheryl. Kristen is so afraid that Sheryl is still seeing Leland (valid concern!) that she makes her mother choose between Leland and seeing her grandchildren. Watching her walk away from Kristen is the saddest thing I’ve seen in a while. I wonder which option Kristen thought Sheryl would choose because as often as Sheryl was around the girls I’ve never seen her engage and spend any meaningful time with them. I’m guessing that it’s a repeat of how Kristen was raised, but that is possibly an episode for another day.

Leland has Sheryl under his control but she seems clueless about it. It’s unsettling. She’s copied the Codex for him (remember, so few have seen it according to the Vatican Trio, but the number is steadily growing) and then actually accepted his marriage proposal. I keep watching for the moment Leland comes down hard on Sheryl and crushes her. Anyone else? I honestly have no idea what his agenda is, and whether in the end Kristen and Co. will need to exorcise her, too.

So, how many people think Kristen killed Orson LeRoux. Let’s see a show of hands! She absolutely did, and I think that may have been the line she crossed to bring evil into herself. The cross she held at the end of the episode (which I think she was going to use on Lexis) burned her hand. Does it mean she’s possessed? I don’t necessarily think so. I think a part of her has embraced the evil she’s been surrounded by all season.

Ben and David (who had a vision that was not drug-induced, but which shows Kristen walking toward the Devil Therapist and away from him) are worried about her, and they have reason to be. All the locks and alarms Ben puts on the house can’t keep the evil out of Kristen’s head.

So wow, that’s it. No more Evil until fall, so we’ll have the whole seven or so months to ponder the future. What do you think next season will bring? Inquiring minds want to know!