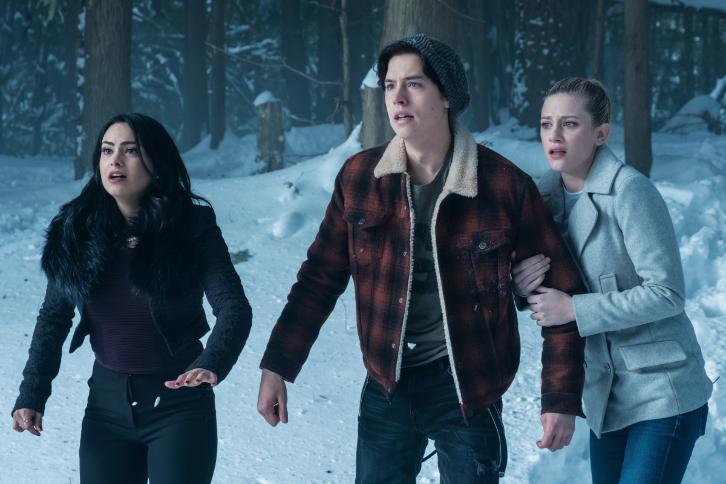 
Was deciding that Clifford was the killer where the idea of linking the Blossom and Cooper families through blood came from?

That part was actually always part of the pitch. It's such a gothic trope, incest. It's like Flowers in the Attic or The Fall of the House of Usher, which is really another influence for the Blossoms. I kind of thought everyone would suspect Cheryl [Madelaine Petsch] and Jason of incest, of twincest, but I thought it would be an interesting reversal if it was Jason and Polly [Tiera Skovbye] who were blood relatives and involved.

SEASON FINALE - Archie (KJ Apa) and Veronica (Camila Mendes) continue to grow closer. Betty (Lili Reinhart) is tired of her family acting as if nothing has happened and confronts her mother. Jughead (Cole Sprouse) finds himself in an unexpected situation, leaving Archie and the gang scrambling. Hermione (Marisol Nichols) makes Fred (Luke Perry) an offer that seems too good to be true. Meanwhile, the truth about Blossom's family business is revealed leaving Cheryl (Madelain Petsch) to take matters into her own hands. Madchen Amick and Ashleigh Murray also star. Lee Toland Krieger directed the episode written by Roberto Aguirre-Sacasa (#113). Original airdate 5/11/2017.