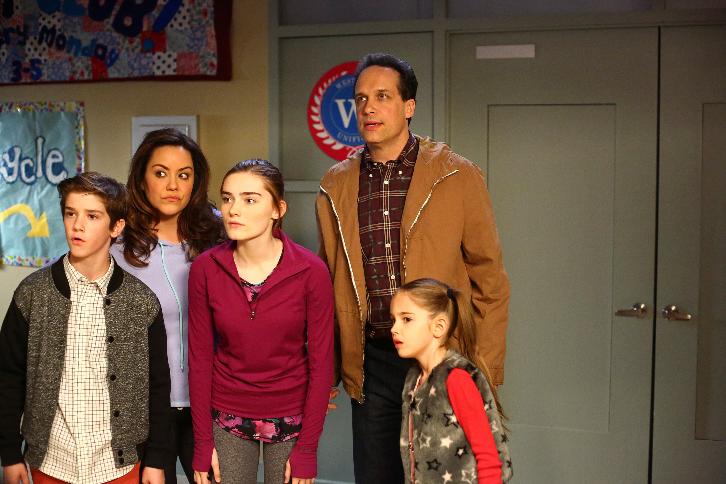 THE OTTOS FACE LEAVING WESTPORT WHEN THEIR HOUSE iS PUT UP FOR SALE, ON ‘AMERICAN HOUSEWIFE’

“Then and Now” – The Ottos face the prospect of leaving Westport when their house is put up for sale. No one wants to leave except Katie, who seems determined to move on despite some fun memories of her family’s time there, on “American Housewife,” airing TUESDAY, FEBRUARY 7 (8:30–9:00 p.m. EST), on the ABC Television Network. Jenny O’Hara guest stars as Mrs. Smith.

“Then and Now” was written by Rick Wiener & Kenny Schwartz & Sarah Dunn and directed by John Fortenberry.