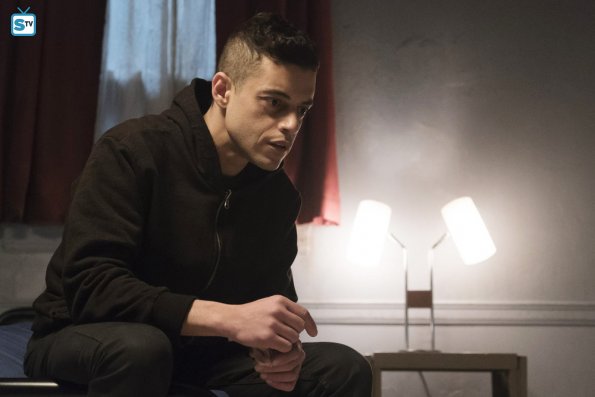 
There’s a lot of politically charged rhetoric in “Mr. Robot,” and used by Elliot particularly, that resonates a lot in the real world. Are people treating you differently because of that?

I think most people look at me as the incarnation of him on the screen — I’m an actor, obviously. But people are just happy that this message is being produced. The fact that we can be very polarizing in what we say — that we kind of rail against this hyper-consumerism that exists in the world and we’re also being funded by one of the biggest conglomerates as well — is ironic, but also satisfying to both sides. [Laughs.] I think there’s something in it for both sides. Which is maybe the only way to get anything achieved.

But yeah, there are a lot of people on the street that feel like Elliot has given voice to some of their concerns, and it’s not just relegated to people who are his age. I’ve seen a lot of older people — even a grandmother came up to me and appreciated the message. I really think she’s been waiting to hear these things for such a long time. This affected her.

Source:
Read More on Variety
Speaking of parental figures, there's Gideon, who was quite paternal toward Elliot at the beginning of the show. Gideon is killed in the premiere, having already begged Elliot for help in clearing his name. How much of this death lands on Elliot's shoulders?

I think the majority of it. Gideon wouldn't be in this position if it weren't for Elliot. That's on Elliot's hands. There's a lot of guilt that will impact Elliot's progression, and that's due to what happens to Gideon in that first episode. It's so sad. Elliot's situation with his own father is very tumultuous. He obviously grapples with what kind of a father he had, and the one he envisioned versus the one that existed. He did kind of find the best in Gideon, that resolved all of what was missing with his own father. To have the loss of both of them on his hands, to a degree, and to feel like he's responsible in a way, not letting his father leave the world in a certain way, and now having to deal with being the cause of Gideon's end… it's something that's deeply on Elliot's mind and heart.