Three is definitely a crowd, as Sean (Stephen Mangan) and Beverly (Tamsin Greig) are forced to consider a writing partnership with Tim (Bruce MacKinnon), and Carol (Kathleen Rose Perkins) and Helen (Andrea Savage) discover they have a bedfellow in common. Meanwhile, with Matt’s finances in rapid decline, he receives a lucrative yet dubious invitation.

Three is definitely a crowd, as Sean (Stephen Mangan) and Beverly (Tamsin Greig) are forced to consider a writing partnership with Tim (Bruce MacKinnon), and Carol (Kathleen Rose Perkins) and Helen (Andrea Savage) discover they have a bedfellow in common. Meanwhile, with Matt’s finances in rapid decline, he receives a lucrative yet dubious invitation.

LOS ANGELES, Jan. 30, 2015 – HBO has greenlit LEWIS AND CLARK, with production on the six-hour miniseries to begin this summer, it was announced today by Michael Lombardo, president, HBO Programming. Casey Affleck (“Interstellar”; Oscar® nominee for “The Assassination of Jesse James by the Coward Robert Ford”) stars as Meriwether Lewis and Matthias Schoenaerts (the upcoming “Far from the Madding Crowd”; César Award winner for “Rust and Bone”) stars as William Clark. The miniseries is executive produced by Tom Hanks (Emmy® winner for HBO’s “The Pacific”), Gary Goetzman (Emmy® winner for HBO’s “Game Change”), Edward Norton (HBO’s “By the People: The Election of Barack Obama”), Brad Pitt (Emmy® winner for HBO’s “The Normal Heart”), Dede Gardner (Emmy® winner for HBO’s “The Normal Heart”), Tim Kelly and Adam Leipzig.
“In LEWIS AND CLARK, we can see American idealism and the breathtaking natural beauty of the continent, as well as the complexities and tragedies of what came to be known as America’s ‘manifest destiny’,” said Lombardo. “We are tremendously excited to bring together this incredible group of talents to tell a seminal American story.”

Based on the book “Undaunted Courage,” by Stephen E. Ambrose, LEWIS AND CLARK tells the story of America’s first contact with the land and native tribes of the country west of the Mississippi River. The miniseries follows the epic journey of the Corps of Discovery and its captains, Meriwether Lewis and William Clark, who traverse uncharted territory on a mission to deliver President Jefferson’s message of sovereignty as they search for his fabled all-water route to the Pacific. LEWIS AND CLARK focuses not just on their incredible achievements, but also on the physical, spiritual and emotional toll the expedition takes on them. 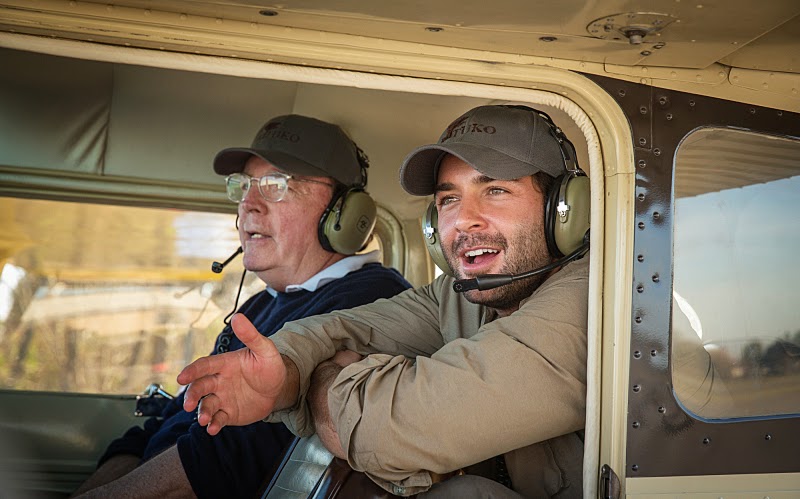 ZOO is a global thriller about a wave of violent animal attacks against humans sweeping the planet. James Wolk will play Jackson Oz, a young, renegade American zoologist who spends his days running safaris in the wilds of Africa when he begins noticing the strange behavior of the animals. As the assaults become more cunning, coordinated and ferocious, he is thrust into the race to unlock the mystery of the pandemic before there’s no place left for people to hide.

Mel encourages Dani to develop her natural musical abilities, much to the chagrin of Joe, on an all-new episode of "Melissa & Joey," airing Wednesday, February 18 (8:00PM ET/PT) on ABC Family.

Mel discovers Dani is something of a musical prodigy and gets her a piano to foster Dani's dreams. But she's caught off guard to find Joe opposed to it, until she uncovers his secret musical past in a boy band. This episode features Joey Lawrence singing "911."

Meanwhile, Lennox pressures Zander (guest star Sterling Knight) to choose between working on "Cassandra: The Movie" with her, or continuing a relationship with his possessive girlfriend, Lilah (guest star Ayla Kell).

Tucker’s past comes charging into his present on an all-new episode of “Baby Daddy,” airing February 18th, 2015 at 8:30PM ET/PT on ABC Family.

In “House of Cards,” Tucker’s latest failed relationship prompts him to focus on the one that got away –his college girlfriend, Olivia (Aisha Dee). In an effort to cheer their friend up, Ben and Danny track Olivia down in the hopes of reuniting the lovebirds. When Tucker sees Olivia, he’s definitely surprised, especially when he learns they are still married! Olivia promises to sign the divorce papers – but only if her unlucky husband hands over his apartment in exchange. Meanwhile, Riley is tired of being passed over for a promotion, so she takes Bonnie’s advice and uses her corporate card to network and pull in new clients. But when Riley’s overspending gets her in trouble, she must find a way to save her job.

“Baby Daddy” stars Jean-Luc Bilodeau, Derek Theler, Tahj Mowry, with Melissa Peterman and Chelsea Kane. The series is created and executive produced by Dan Berendsen (“The Nine Lives of Chloe King,” “Sabrina, the Teenage Witch” and “Hannah Montana: The Movie”). “Baby Daddy” is a multi-camera comedy that shoots in front of a live studio audience in Los Angeles.