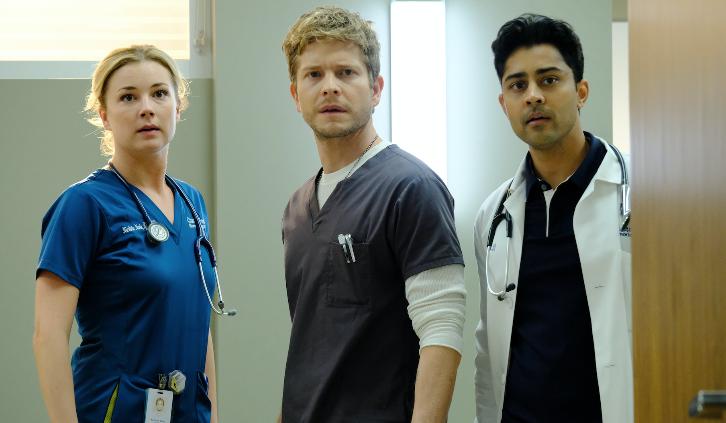 Promotional Photos
Thanks to Matt for the heads up.

CONRAD AND NIC FIGHT BACK AS THE HOSPITAL TRIES TO CUT COSTS ON AN ALL-NEW "THE RESIDENT" MONDAY, JANUARY 29, ON FOX

An old army buddy and fellow surgeon (guest star Warren Christie) visits Conrad at the hospital. Meanwhile, the team is put to the test when they have to save the life of an uninsured and undocumented patient, while simultaneously battling the hospital's administrators, who fear the patient will cost millions. Also, Dr. Bell experiments with a new medication for his tremor and Nic swears to investigate the mystery surrounding missing medical records in the all-new "Comrades in Arms" episode of THE RESIDENT airing Monday, Jan. 29 (9:00-10:00 PM ET/PT) on FOX. (RES-103) (TV-14 L, S, V)