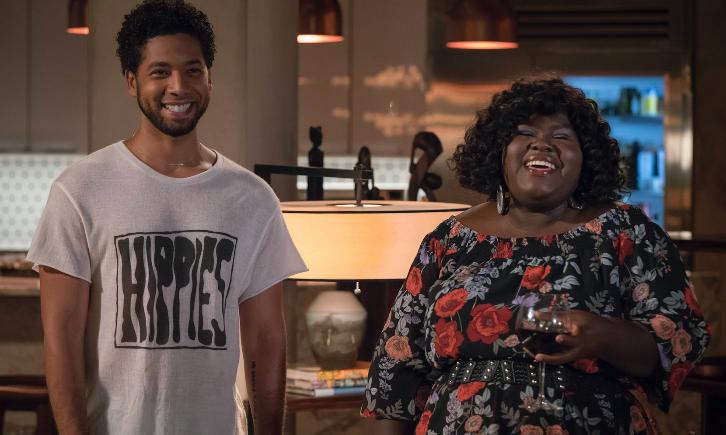 
DEADLINE: For a show that has lived large from Day 1 is that figuratively why you decided to blow things up a bit?

CHAIKEN: Sort of. We made a decision this year to take some of the biggest swings with Lucious having this brain injury, not remembering who he is, abdicating his role in the family and Cookie taking over. We’ve always wanted to do that, we’ve always wanted to see Cookie take the crown, lead the company, be in charge. It’s pretty clear that she should be but it also is pretty clear that when Lucious is, you know, is in his full power he’s never going to let that happen.

So this was a great opportunity for us to let Cookie have it and run with it and see who she is as a leader, as a CEO, as the head of the family and the company – which is a big part of this season. Then somewhere down the line, of course Lucious will at some point and in some fashion come back. What then? Will he come up against her? Or will he recognize that maybe she’s as good or better at this than he ever was?

Source:
Read More on Deadline
One of the biggest reveals of the premiere was the extent of Lucious' injuries, particularly his amputated leg. Why did you write in an injury of this magnitude? What was the creative thinking behind that?

The thinking behind that, apart from the fact that it's just great drama and story, was we want to tell stories with consequences. Back in the day, you could shoot someone on television and the next day they would just be back to normal. We saw huge events at the end of last season with that explosion, and people don't go through things like that without being profoundly altered and usually without losing not just pieces of their psyche but parts of their body. That's what happens to people in wars. What happens to Lucious is comparable to what happens to someone who's blown up in a war. We really talked about it a lot in the writers room and said, "Let's just not be lame about this. Let's not pretend that it didn't happen." It had consequences, and that's a thematic consequence. We wanted to give Lucious something to live with for the rest of his life, or to live without.

LUCIOUS SEEKS ANSWERS FROM AN OLD FRIEND ON AN ALL-NEW "EMPIRE" WEDNESDAY, OCTOBER 4, ON FOX

With Leah still insisting that he is a monster, Lucious sneaks away in hopes of finding out what type of person he was before the explosion. Cookie panics that Lucious has gone missing on Claudia's watch, until she realizes he found his way to Uncle Eddie (guest star Forest Whitaker), a music icon who has since become family to the Lyons. Meanwhile, with Anika still behind bars, Hakeem and Tiana grow more comfortable as a family, and Becky makes a rash decision regarding Jamal's new song in the all-new "Full Circle" episode of EMPIRE airing Wednesday, Oct. 4 (8:00-9:00 PM ET/PT) on FOX. (EMP-402) (TV-14 D, L, S, V)