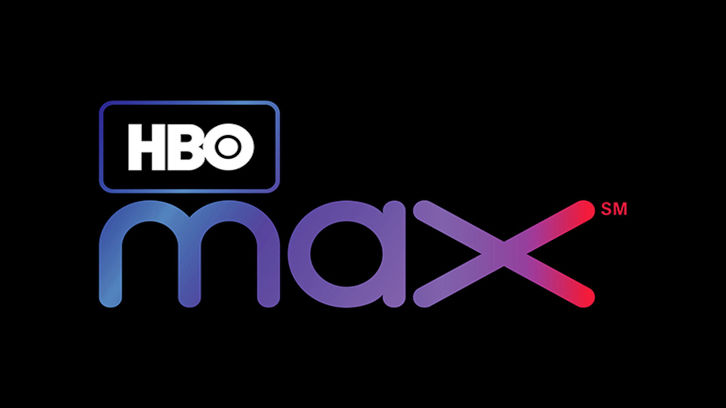 “With this entire company coming together, we will have one of the most robust collections of premium streaming content that will appeal to all demographics in the household, and be able to achieve incredible scale and reach right out of the gate,” said Robert Greenblatt, chairman of WarnerMedia Entertainment and Direct-to-Consumer. “We couldn’t achieve this without AT&T’s unprecedented and enthusiastic support. When you live in a world with ‘dragons’ — it feels very good to have one of your own in the game!”

Launching in May of 2020, WarnerMedia will be making HBO Max available to customers in the U.S. for $14.99 per month. The company is targeting 50 million domestic subscribers and 75 - 90 million premium subscribers by year-end in 2025 across the U.S., Latin America and Europe. At launch, AT&T will immediately offer HBO Max to the roughly 10 million HBO subscribers on AT&T distribution platforms, at no additional charge. HBO Now direct-billed users who subscribe directly through HBONow.com will also have access to Warner Media’s HBO Max product. AT&T customers on premium video, mobile and broadband services will be offered bundles with HBO Max included at no additional charge. We are in active discussions with our distributors and look forward to offering their customers seamless access to this great product.

“We’ve positioned HBO Max in a way that makes sense for our Company, our distribution partners and our customers,” said Tony Goncalves, CEO of Otter Media. “We are creating a company-wide ‘membership-model’ that taps into AT&T’s 170 million direct-to-consumer relationships, 5,500 retail stores and 3.2 billion annual customer touchpoints to achieve scale and reach at launch.”

The Fungies!, from Stephen Neary and Cartoon Network Studios, is a prehistoric comedy that explores Fungietown through the whimsical quests of Seth, a young student at Fungietown Elementary.

Tig N’ Seek from Myke Chilian and Cartoon Network Studios is about 8-year-old Tiggy and his gadget-building cat, Gweeseek, as they search for the lost items of Wee Gee City. With Tiggy’s cheerful attitude and Gweeseek’s exceptional inventing capabilities, the duo humorously navigate day-to-day dilemmas at the Department of Lost and Found.

Tooned Out, executive produced by Robert Zemeckis (Forrest Gump; Cast Away; Back to the Future), is a half-hour, hybrid live-action and animated comedy. Things get a little cartoony for Mac when he starts seeing iconic cartoon characters in his life, but they’re not just there for laughs, they’re helping him get through a very rough patch in his life.

Jellystone, a new animated children’s comedy series from Warner Bros. Animation that will welcome viewers to the town of Jellystone, where their favorite Hanna-Barbera characters live, work, play, and stir up trouble together.

DC Super Hero High is a half-hour comedy series executive produced by Elizabeth Banks (Charlie’s Angels, Pitch Perfect, Shrill), which follows a group of students experiencing the fun and drama of adolescence at a boarding school for gifted kids. These teens are just trying to navigate the pressures of high school, but none of them realize that someday they will become legendary DC Super Heroes.

Rap Sh*t (working title) from Issa Rae (Insecure; A Black Lady Sketch Show) is a half-hour comedy series that follows a female rap group from outside of Miami trying to make it in the music industry.

A Green Lantern inspired series from Berlanti Productions that will finally introduce characters from this iconic comic in Berlanti’s biggest series yet.

Bobbie Sue is a feature-length film starring Golden Globe® winner Gina Rodriquez (Jane the Virgin) following the story of a headstrong young lawyer who lands a career-making case with an upper crust law firm, only to realize she’s been hired for optics and not her expertise.

New HBO original announced today:
House of the Dragon, a 10-episode, straight-to-series order “Game of Thrones” prequel. Based on George R.R. Martin’s Fire & Blood, the series, which is set 300 years before the events of “Game of Thrones,” tells the story of House Targaryen. Co-created by George R.R. Martin and Ryan Condal. Emmy award winning director Miguel Sapochnik and Ryan Condal will partner as showrunners and will also serve as executive producers along with George R.R. Martin and Vince Gerardis. Sapochnik will direct the pilot and additional episodes of the series, which will be written by Condal.

Newly Acquired and Library Titles:
In addition to the new original titles mentioned above, HBO Max also announced today a number of classic and library titles that will be coming to the streamer in its first year of launch, including: South Park, Rick & Morty, The O.C., Aqua Teen Hunger Force, Robot Chicken, Space Ghost Coast to Coast, The Bachelor, Impractical Jokers, The Closer, Rizzolli and Isles, Major Crimes, The Alienist, The West Wing, United Shades of America with Kamau Bell, This is Life with Lisa Ling, and Anthony Bourdain: Parts Unknown.

In addition, a collection of classics from the libraries of Looney Tunes, Merrie Melodies and Hannah Barbara will be available at launch.

“We are attracting top talent to bring in a wide variety of original ideas, curating the rich library assets of this company, and acquiring the most compelling third-party programming available,” said Kevin Reilly, chief content officer, HBO Max, president, TNT, TBS and truTV.

DEPTH AND BREADTH OF PROGRAMMING

HBO Max, anchored by HBO and its iconic shows, movies, documentaries and specials, will build on HBO’s legacy and offer something for every demographic – from dramas, comedies, sci-fi, and anime to children’s, unscripted, films, documentaries, comedy specials, late-night shows, blockbuster movies and library content – ensuring that everyone in the household has thousands of hours of entertainment at their fingertips.

In addition to series, specials and docs, HBO Max will have 1,800 film titles at launch that will cover every genre, taste and fan interest, including HBO’s vast collection/library of new theatrical hits and beloved classics. Global blockbuster franchises from Warner Bros. including The Matrix, The Lord of the Rings, The Hobbit, Gremlins and the Lego movies will be available in the first year, along with every DC film from the last decade including Aquaman and Joker, and every Batman and Superman movie from the last 40 years.

“We work with an unmatched roster of innovative artists and we couldn’t be happier to be bringing them to HBO Max next year and well into the future,” said Ann Sarnoff, chair and CEO of Warner Bros. “HBO Max will have the pick of the litter here at Warner Bros.”

For a complete list of titles coming to HBO Max please visit here.

Throughout the year after its initial launch, HBO Max will roll out a variety of new features and functionality not found on any other streaming platforms today, including:
Recommended By Humans – HBO Max will combine Human Powered Discovery and analytics in novel ways to make it much easier for viewers to quickly find the content they are passionate about. Here, talent and influencers will make recommendations to our users about content they love, in the form of short, authentic videos to talk about how they’ve fallen in love with it and why.
Co-Viewing – Research shows that many viewers are aware of how viewing with others can throw off their recommendations. HBO Max is solving this co-viewing challenge by allowing viewers to create shared homepages that are completely separate from their personal homepages, but tailored to the group’s likes and needs. They can create shared watch lists and view with members of their household without impacting their personal profiles.

HBO Max’s leading quality and breadth of content will be fueled by AT&T’s continued investments and resources to ensure the offering is attractive to every household.

Within the first year of launch WarnerMedia plans to expand the service to include an AVOD option, offering consumers access to even more content, with more flexibility to manage the overall price value options on the platform.

The company also announced plans in the future to provide subscribers with unique live, interactive and special event programming as it continues to build out and differentiate HBO Max.

AT&T intends to expand HBO Max beyond the U.S., initially prioritizing Latin America and Europe where the company currently has ownership interest in or operates premium HBO networks, and has over-the-top services.

AT&T intends to invest significantly in HBO Max, with an incremental investment of $1.5 to $2 billion in the partial year of 2020 and continued investment in following years. That investment includes spending for new content, foregone licensing revenue of our content, operating expense for the technology platform, and marketing.

“To build, launch and grow the best streaming platform available requires a major investment and total support,” said John Stankey, AT&T Chief Operating Officer and CEO of WarnerMedia. “We’re making that commitment and putting the strength of our entire company behind this.”

HBO is currently hosting an executive showcase to investors, and are releasing announcements through the afternoon. The service will go live in May 2020.

We'll try to keep this updated.

Before we declare an end to this epic day, here are the details you've all been waiting for: pic.twitter.com/BUW6RTd6Fy

Our partnership with
@BBC
begins with
@bbcdoctorwho
- all 10 previous seasons and beyond - streaming exclusively on #HBOMax.


Fans of
@TheCW
can soon binge watch full seasons of their new shows on HBO Max shortly after the season ends – starting with DC's Batwoman and Riverdale spin-off Katy Keene.


It’s back, bitches. The Gossip Girl revival is a return to everyone’s favorite teenage soap. Overheard on the Met steps, you can catch up and binge the previous seasons on #HBOMax in 2020.
xoxo,

It's the one that you want! In our new musical series, we're taking you back to the iconic world of Grease: Rydell High set to a big rock'n'roll soundtrack.

Rap Sh*t, an original scripted series produced by
@IssaRae
exploring the music business in Miami through the eyes of three women - an upstart hip hop duo and their hustler manager.

Brand new series College Girls (wt) will follow three freshman roommates navigating hormones and higher ed together. What could sound better than that? Oh yeah, it's from the mind of
@MindyKaling
, who will also serve as writer and showrunner.

From Greg Berlanti comes Unpregnant: the story of college-bound Veronica, a scholastic young woman who finds herself with a positive result on the only test she'd ever want to fail.

@KaleyCuoco
stars in The Flight Attendant, a dark comedy that follows what happens after her character wakes up in an unknown bed in an unknown hotel room next to an unknown and deceased man.


We’re keeping it fresh with new anime every quarter curated by the anime experts
@Crunchyroll
~ ?


In 2020, HBO Max will be the home of shows you already love that are always fresh for a rewatch:
#Friends
#FreshPrince
#BigBangTheory
#SouthPark
+ more!


It's not all about the heroes, either. Todd Phillips'
@JokerMovie
is shattering box office records, becoming the highest-grossing R-rated film of all time. Don’t miss Joker in theaters and it will be available to stream by HBO on HBO Max in 2020.


We’re all in with DC! All live-action DC films of the last decade will be available on HBO Max within the first year of launch, including every #SUPERMAN and #BATMAN movie from the last 40 years.


In the first year, we'll bring together beloved franchises and some new installments from @WBHomeEnt and more:

?The Lord of the Rings
?The Matrix
? The Conjuring
?The LEGO Movies
?Gremlins


@hbomax will have an outstanding offering with over 1,800 movies, featuring half of the top 50 box office titles of the year in the @HBO service alone. That’s the largest selection of recent blockbusters available on any streamer.” - Kevin Reilly 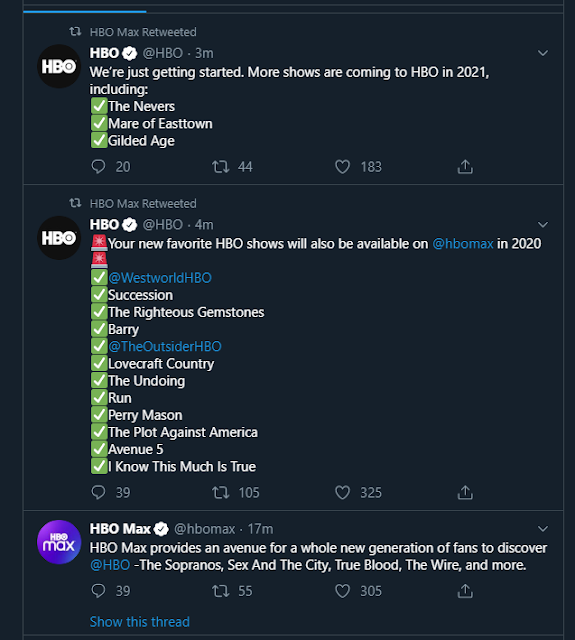