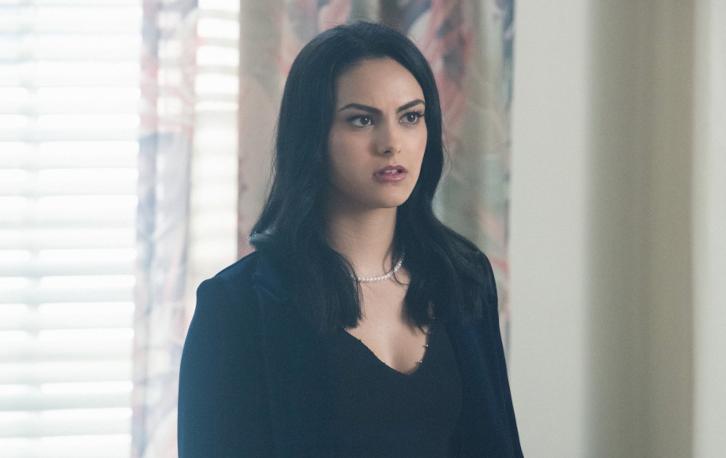 Rejoice, River Vixens and Bulldogs, #Riverdale? is FINALLY back tonight and they waste no time in revealing the fate of Fred Andrews. pic.twitter.com/SVCmMo0Lhl


Sneak Peek
Thanks to Ivan for the heads up.

THE ANGEL OF DEATH — As Fred’s (Luke Perry) life hangs in the balance following the shooting at Pop’s diner, Archie (KJ Apa) struggles with the emotional aftermath of what he witnessed. Meanwhile, as Veronica (Camila Mendes) steps out of her comfort zone to support Archie, she learns that her father Hiram (Mark Consuelos) has arrived to Riverdale earlier than expected. Elsewhere, at Pop’s diner, Pop Tate (guest star Alvin Sanders) recounts the chilling details of the shooting, which leaves Jughead (Cole Sprouse) and Betty (Lili Reinhart) questioning the gunman’s true motives. Lastly, after running into Cheryl (Madelaine Petsch) at the hospital, Betty and Kevin (Casey Cott) are surprised to learn about the fire at Thornhill. Rob Seidenglanz directed the episode written by Roberto Aguirre-Sacasa (#201.) Original airdate 10/11/2017.