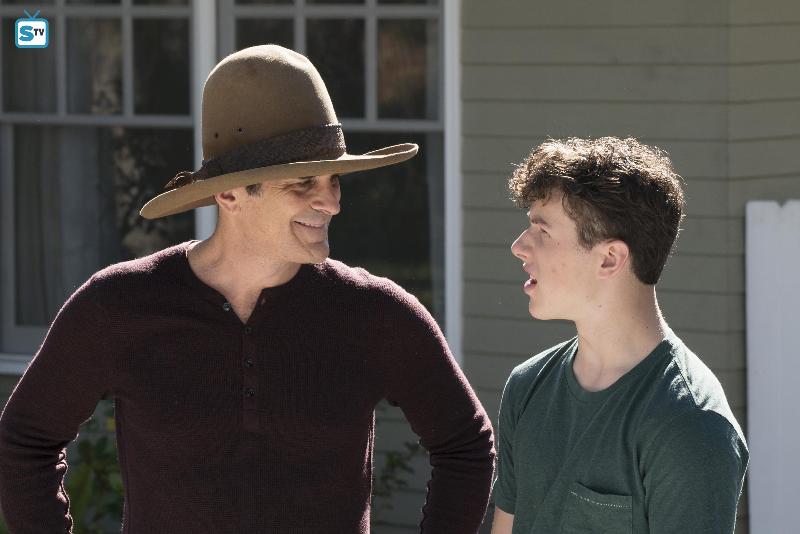 EVERYONE DEALS WITH CHANGE DIFFERENTLY; CLAIRE GOES ON A CLEANING BINGE, AND JAY AND GLORIA PICK UP NEW HOBBIES, ON ABC’S “MODERN FAMILY”

“Clean for a Day” – Before Claire officially takes over Jay’s closet business, she decides she must get the house in order and make the family clean out the clutter; unfortunately, Phil and Luke can’t bear to part with anything, and Alex digs up old feelings when she finds Sanjay’s sweatshirt. Newly into retirement, Jay decides to get a new hobby – piloting a plane – but the danger puts Cameron into a tailspin of worry. And elsewhere, Gloria wants to connect with Jay more and decides to pick up his favorite game of golf, and ropes Mitchell into teaching her, on “Modern Family,” WEDNESDAY, FEBRUARY 10 (9:00-9:31 p.m. EST) on the ABC Television Network.

Guest starring are Josh Casaubon as Gus, Suraj Partha as Sanjay and Chris Butler as Chip.

“Clean for a Day” was written by Paul Corrigan and Brad Walsh, and directed by Beth McCarthy Miller.