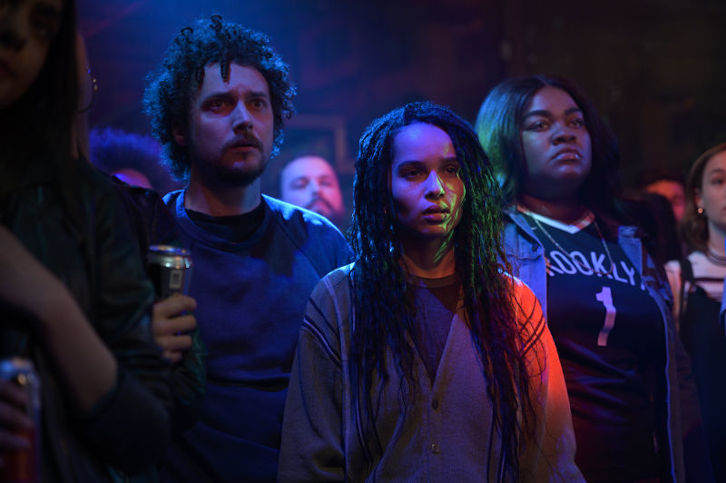 After a first date gone wrong with nice guy, Clyde, record store owner, Rob Brooks recounts her Top Five Heartbreaks and a recent emotional run in with her past.

Rob stews over her recent encounter with Mac and builds a secret playlist. Simon and Cherise take Rob to a concert, where she meets the lead singer, Liam – who might just be the distraction she needs.

Rob obsesses over the identity of Mac’s new girlfriend, falling deeper into the rabbit hole – and finally finding sympathy for her predicament in an unexpected place: Liam. But when her night with Liam ends with a thud, Rob realizes she may be stuck in a pattern that only she can break.

In hopes of understanding why her relationships continue to fail, Rob decides to track down her Top 5 Heartbreaks. What starts out as a satisfying romp down memory lane, ultimately leads her to the one conversation she’s been avoiding. Meanwhile, Cherise starts to put her musical talents out there.

Rob receives a call about a rare record collection and calls up her friend Clyde to join her on an adventure up town. But is friendship really what either of them wants?

It’s a busy Saturday at Championship Vinyl. Rob and Cherise run after two teenagers who steal their records. Later, when Liam returns from tour, Rob is caught between the fantasy of a night spent backstage as a rock star’s date, and the reality of what Clyde is offering – be it friendship, or something more.

Rob has a run in with Mac and his fiancée, Lily at Cameron’s “Last Hurrah” party. She calls Clyde for back up, but things get complicated when true feelings rise to the surface.

It’s Simon’s turn to recount his Top 5 Most Memorable Heartbreaks. This might explain why he’s been so nervous around his Barista crush and his jaded outlook on love.

A milestone birthday forces Rob to confront her past and the demise of her relationship with Mac.

The sudden closing of their beloved venue, DeSalle’s, sends Rob on a quest to recapture the past, if only for one night. Simon and Cherise take bold steps in their personal lives – maybe it’s time Rob does the same.

Press Release
All 10 episodes of the romantic dramedy launch Friday, February 14, only on Hulu

A departure from Nick Hornby's 1995 novel and beloved 2000 film, Hulu's High Fidelity centers on Rob (Zoë Kravitz, who also serves as an executive producer), a female record store owner in the rapidly gentrified neighborhood of Crown Heights, Brooklyn who revisits past relationships through music and pop culture, while trying to get over her one true love.