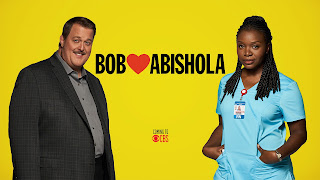 Bob Hearts Abishola -
1. Gloria: “Hey, you want to give up, give up.” Dottie: “I don’t want to give up. I want to complain until you give up.” Gloria: “Honey, it’s your life. You want to spend it on wheels, be my guest. Enjoy the good parking.” Dottie: “I know what you’re doing - mind games to make me prove you wrong.” Gloria: “Maybe. Maybe I just don’t care.” Dottie: “You’re good.”
2. Dottie, about Bob: “You think he’s soft, don’t you?” Abishola: “Only because he has never had to be anything else.” Dottie: “Abishola, I love you but you don’t know what the hell you’re talking about.” Abishola: “He cries when the plane flies over the football field before the game starts.” Dottie: “So he’s sensitive. That doesn’t mean he’s weak. You didn’t see him after his father’s funeral, when he told me he was leaving college so we wouldn’t have to shut down the company. A 20-year-old kid learning the business on the fly. He’s the one that kept this family afloat.” Abishola: “I did not know.” Dottie: “Well, now you do and don’t you ever forget it.” Abishola: “Perhaps I underestimated your children.” Dottie: “No, no, no, just Bob. The other two are as worthless as my left arm.”
3. Abishola: “Bob said his mother paid him when he did well in school. I thought maybe it was an American thing.” Gloria: “It’s a white thing. First, they pay the kid. Then, they pay the tutor and if the kid’s still an idiot, they just pay the school.”
4. Abishola: “We have to find someway to reduce your stress.” Bob: “Don’t worry. We will.” Abishola: “I do worry. I don’t want to lose you.”
5. Abishola: “Why have I never heard the story of what you did for your family?” Bob: “What are you talking about?” Abishola: “How there would be no company if it were not for you.” Bob: “I don’t know if I’d put it that way.” Abishola: “That’s the way your mother puts it.” Bob: “Really? Was she drinking brandy? Brandy makes her nice.”
6. Bob, after Abishola calls a family meeting about lowering his stress level and they all start bickering: “You’re right. That helped a lot.” Abishola: “I’m shocked you’re not dead already.” (Dahne) 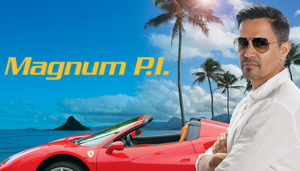 Magnum P.I. -
1. Rick [re the span wrestling]: " Everybody loves Jell-O wrestling. This is the same thing just with a... local flair. First event is next weekend and guess who's facing off mano-a-mano: Me and you my friend." TC: "That ain't happening." Rick: "What, you scared?" TC: "Of rolling around in a gelatinous mean product? Yes." Rick: "Yeah, it sounds pretty gross."
2. Rick: "Oh, God, I'd love to, but, you now, the bar it's slamming... right now..." Magnum: "Come on, if you're gonna lie, at least make it believable."
3. Higgins: "What did you mean earlier?" Magnum: "I'm sorry you're gonna have to be a little more specific than that." Higgins: "About the background check. About how it says more about me that it does about Ethan." Magnum: "Well I think you're just... looking for a reason to pull the rip cord before it even has a chance to be something." Higgins: "And why would I do that?" Magnum: "You don't want to get hurt. And after everything that's happened, I can't say I blame you. Look the law of averages says it's probably not gonna work our with this guy anyway, but, I think you owe to yourself to at least give it a chance."
4. Magnum: "TC, I love you but you're a terrible liar. You're too honest. Alright? You're just too honest." TC: "Yeah, that might be true. But ain't nothing I wouldn't do to protect my family. Including lying."
5. Katsumoto: "What took you so long to pick up.?" Magnum: "We tried to get downstairs." Katsumoto: "Of course you did, because I told you to stay where you were." Magnum: "Gordy if I start listening to you now, it's gonna throw our whole dynamic out of whack."
6. Magnum [to Teeney]: "I could explain." Higgins: "Hard to imagine you can make it any worse." Magnum: "It was my fault. Higgins didn't want any part of it, neither did TC. I was the one who came up with the whole fake marriage scheme. And, um, Higgy thought that because we were partners we wouldn't be able to pull it off, so I essentially forced her to marry TC. And this whole thing spiraled out of control because of my stupidity. And to make it worse when I found out you were onto us I turned around and blamed them, because I couldn't accept the fact that... I was the one who put this whole thing in motion. And that Higgins would-would maybe have to leave us. But I did that because, I mean... this is my family." Higgins: "Was that an apology, Magnum?" (Folie-lex)

NCIS -
1. (Sloane had to leave the party early and gets an overview of what she missed.) Sloane: "What did I miss?" Torres: "Well, Gibbs ordered more tequila shots, and Kasie and Bishop decided to sing 'Islands in the Stream.'" Sloane: "I didn’t know that bar had karaoke." Bishop: "They, um, they don’t." (KathM) 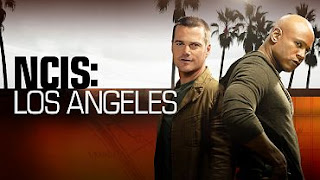 NCIS: Los Angeles -
1. Hetty: “Take it from me. Never let age stand in your way.”
2. Eric: “I’m sorry. I really messed things up.” Nell: “And yet, still managed to save the day. Your new Kaleidoscope found our suspect just in the nick of time. Eric, you built a really brilliant system, so even if you aren’t here anymore, a part of you kind of will be.”
3. Eric, after telling Deeks that he plans to use the money he’s made to end homelessness in CA: “You think I’m crazy, don’t you?” Deeks: “I mean, have you looked at you lately? Cause you’re riding a unicycle, your glasses look like a Bono tribute band, and you’re growing a Tribble on your face, so yeah. Yeah, I think that you’re crazy, but let’s be honest. You’ve got to be crazy to change the world, right?” Eric: “A lot of people need our help right now. We’re the lucky ones.” Deeks: “Yes, yes, we are the lucky ones. My brother, we are.” (Dahne)

SEAL Team -
1. Clay: "I take it Emma hasn't told this guy what her Dad does for a living, yet?" Jason: "I really don't think 'Chief Ops' title is going to scare the pants off him." Clay: "I actually think you want to scare the pants back on him." (Prpleight) 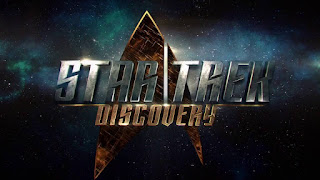 Star Trek: Discovery -
1. (Georgiou has left Discovery and the gang is toasting her in abstentia.) Saru: "She was always honest. Punishingly so. Her barbs, however piercing, were glorious." Reno: "She had no tact and god, I loved that about her."
2. (Reno and Adira disagree on what constitutes food.) Adira: "You’re not allowed to have food in here." Reno: "This isn’t food, it’s candy. It’s practically an accessory." (KathM) 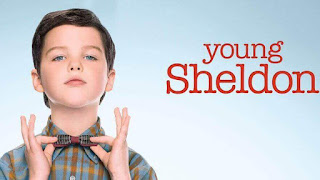 Young Sheldon -
1. George: “Hey, where do you think you’re going?” Georgie: “Bathroom.” George: “No, you’re not. You don’t live here.” Mary: “George…” George: “You want him making grandkids in that van?” Mary: “You heard him. Get!”
2. George: “Mary, I appreciate how much you take care of the house and...well, all of us. I know it’s not easy.” Mary: “Thank you. That means a lot.” Wayne: “I love it. Mary, you’re up.” Mary: “Well, George, I appreciate how hard you work. I know you make a lot of sacrifices for us and you don’t get enough credit for that.” George: “Thank you.” Wayne: “Now let’s hear how much you appreciate me for fixing your marriage.” George: “Shut up, Wayne.”
3. Georgie: “It’s got low mileage, great stereo, and check this out. (The back seat has a refrigerator and couch bed) Look at all the room.” George: “Hell no.” Georgie: “Why?” George: “This isn’t a car. It’s a hotel room on wheels?” Georgie: “Is that how little you think of me?” George: “Yes, maybe less.”
4. George: “Look, I used to be your age but can you try thinking with your brain for once?” Georgie: “If you used to be my age, I think you know the answer to that.”
5. George: “Why’s he reading the Bible?” Sheldon: “To humiliate and destroy Paige at Bible camp.” Mary: “That.” George: “Missy doing anything stupid?” Mary: “No.” George: “One out of the three, not bad.”
6. Adult Sheldon [voiceover, about being the Dragon Master]: “I didn’t believe in God but I sure loved acting like one.” (Dahne)

What Else We're Watching

B-Positive - 1.03 -
1. Eli: "This girl is saving your life. That's all that matters. She's your tight-end and you're the quarterback she's protecting." Sam: "Eli, this guy can't throw an apple. Don't make sports analogies."
2. Drew: "Hey. How was your day." Gina: "Well I complained about you to you to my elderly friends. It was fun." Drew: "Well I complained about you to my dialysis friends, so checkmate." (Folie-lex)

The Hardy Boys -
1. Joe: "This whole place screams "I went nuts when I found the eye." It's kinda cool." (Prpleight)